The College of Visual and Performing Arts presented the offbeat comedy Wonder of the World last week at the Pridemore Playhouse in Porterfield Hall.

Written initially by American-playwright David Lindsay-Abaire in 2000, Radford theatre students gave a great modern version of a classic show that did not disappoint.

The director, Assistant Professor Molly Hood, said, “This is the wackiest play I’ve ever directed.” She says that after the performance of The Tragedy of Macbeth last spring, that will be “a refreshing palate cleanser.”

A disclaimer preceded the play informing the audience that this was meant for mature audiences and includes adult language; they were not joking.

Compared to other showings of the play, I could tell from some research that Radford definitely wanted to make it their own and, for the most part, succeeded.

The story is based in Niagara Falls, where a distressed wife, Cass Harris (Rebecca Redifer), finds shocking secrets of her husband in his drawer.

To find enlightenment, and to get some fresh air out on the sea, she makes a list of all of the things she has always wanted to do and takes a trip to the “honeymoon capital of the world,” Niagara Falls.

The ending was unexpected, and it surprised the audience.

She then sets herself on a journey to the falls on the “Maid of the Mist” tour boat, where she finds an interesting crew along the way.

She meets and befriends Lois (Kate Grimes), an alcoholic that is trying to get away from town in a similar situation.

The captain of the ship who pilots the Maid of the Mist, Captain Mike (Adian Chapman), gets into the way of their friendship from Cass wanting to get his attention the whole time.

The ending was unexpected, and it surprised the audience.

I feel the actors made the story a little more light-hearted than the original. Although the show was a bit unusual, I don’t think the cast could have done a better job in fulling the laughter of the audience.

I am no expert on acting, but anyone could tell the students were really into the characters they portrayed throughout the evening and did not take their performances lightly.

I recommend Wonder of the World. I have never seen anything like it before. The humor was dark, but at the same time, very hilarious.

For more info on Radford culture, stay connected with your Tartan newspaper. 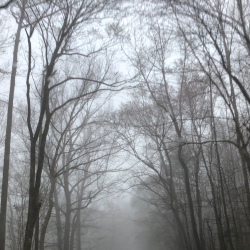 Margaret Pittman
Hello, I am Margaret. I am a freshman at Radford and like to write a little too.

I don’t think the cast could have done a better job in fulling the laughter of the audience. The humor was dark, but at the same time, very hilarious. I recommend Wonder of the World. I have never seen anything like it.