While graphically compelling, the plot of Toy Story 4 is lackluster. The three main problems I have with the film are its similarities to “Toy Story 3”, its character development and its side-plot.

The first opening minutes feel like a rehash of Toy Story 3 instead of a brand-new Toy Story.

Its only purpose, from a plot standpoint, is to give us an answer as to where Bo Peep has been all these years. After the Bo Peep backstory is over, the gang goes on another, yet familiar, adventure.

Without going into too much detail, all previous Toy Story films watched out-of-context can stand on their own thematically. However, Toy Story 4 relies too much on past iterations to truly be a fresh sequel.

Pixar’s name for Toy Story 4 should have been Toy Story 3.5.

“You know what, we’re already silencing all these classic characters. How about we make an antagonist that shuts them up literally!” the Pixar executives probably said while counting the billions of dollars they made from Toy Story 3.Which brings me to my next point, character development.

The characters are introduced during Bonnie’s first day of Kindergarten. We see some new and old faces with a pan around the room. Immediately, Woody is sidelined and silenced by the newish characters from Toy Story 3.

Throughout, Woody and other returning “classic” characters are told to shut up. While it’s funny the first time, the other times, not so much, it confused me more than it did make me laugh.

This trend continues for the majority of the film. This confusion made me wonder, why even make another Toy Story sequel if it’s not building upon the core characters that made the previous iterations so special?

You may be asking yourself, “But what about the new/newish characters?” My answer would be: there’s nothing notable about them.

The film elaborates on this theme in a literal way near the middle when an antique antagonistic doll, Gabby, appears. Woody runs into Gabby during his journey, and we find out that she’s trying to repair her voice box. The catch is that Woody has the same working voice box. You probably get where this is going.

“You know what, we’re already silencing all these classic characters. How about we make an antagonist that shuts them up literally!” the Pixar executives probably said while counting the billions of dollars they made from Toy Story 3. 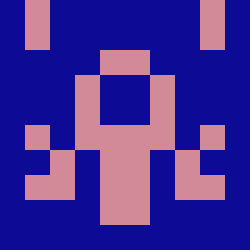 This subplot seems to embody the whole problem with Toy Story 4, and that reason is why it’s not a Toy Story film. Why have Woody or Buzz if they’re constantly being told to step out of the spotlight?