As Halloween approaches, everyone chooses different ways to celebrate, but one of the most popular activities is watching horror movies.

One of the most iconic movie slashers is Freddy Krueger; he has been a phenomenon since 1984. Here are my top five best A Nightmare on Elm Street movies.

Freddy had ten great movies, but one of them stands out when two icons face off in Freddy vs. Jason.

Before it came out in 2003, fans from both A Nightmare on Elm Street and Friday the 13th wondered, “who is better? Could it be Jason Voorhees or Freddy Krueger?”

4. A Nightmare on Elm Street 5: The Dream Child

The directors wanted a movie even more terrifying to grow with the age of the original fans. This film, starring Robert Englund as Freddy Krueger, follows Alice Johnson (Lisa Wilcox) years after the attacks of the fourth A Nightmare on Elm Street, where she believes Freddy is dead but isn’t sure.

3. A Nightmare on Elm Street 4: The Dream Master

As Freddy Krueger returns in this fourth Nightmare on Elm Street, Kristen Parker (Tuesday Knight) from Dream Warriors is sure something is still off. She is finally out of a mental hospital, and she believes that Freddy is alive, still haunting her dreams.

High in the ranks, the third A Nightmare on Elm Street follows a few teenagers in a mental hospital studied for their strange nightmares. They all describe a dream about the same man with a metal-clawed brown leather glove.

Nancy Thompson (Heather Langenkamp) dreamed of the same man when she was around their age. One, in particular, stands out to her due to the power she has over the nightmare.

1. A Nightmare on Elm Street

This film is where it all begins for Freddy Krueger. The main character, Nancy Thompson (Heather Langenkamp), becomes suspicious of the murder of her best friend, Tina Gray (Amanda Wyss).

Nancy’s mother tells her about Freddy when she demands the truth, the answer surprises and deeply terrifies her. As her friends are being murdered one by one, can she muster the courage to no longer be afraid of Freddy Krueger? 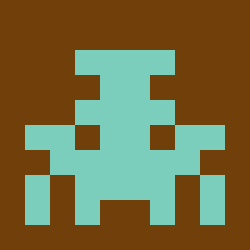