This correction was made by Radford University Relations:

In a momentous occasion on Oct. 3, Radford University announced a landmark $8 million gift to the university from Sandra C. and William C. Davis. The generous gift is the largest from an individual in the university’s history that spans more than 100 years.

It will endow scholarships to be provided to students studying in Radford University’s College of Business and Economics, which for years we have referred to as COBE, and the College of Visual and Performing Arts.

In recognition of the Davis’ gift, the university announced the naming of the College of Business and Economics (COBE) to the Sandra C. Davis and William C. Davis College of Business and Economics. The Tartan published on Oct. 17 an editorial, “Third Time’s a Charm,” expressing confusion over the business college’s name and identity changes made over the past three years.

“Even though I understand the name changes, I think it is a little much in a short amount of time. It’s confusing because no one seems to know what exactly to call it. Do we call it COBE, Kyle Hall, or DCOBE?” The Tartan editorial author wrote.

The official name of the college, as of Oct. 3, is the Sandra C. Davis and William C. Davis College of Business and Economics. On casual or second reference, it is referred to as Davis College.

When the business college opened the doors to its new $44 million, 110,000 square-foot home in 2011, the state-of-the-art learning facility was simply known as the COBE Building. In the spring of 2016, as The Tartan writer correctly asserts, the building was named Kyle Hall to honor retiring President Penelope W. Kyle, the university’s first female president who served in that capacity for 11 years.

The name of the building did not change with the Davis’ gift and the naming of the college. The building remains Kyle Hall.

To clarify, Radford University students who study business at the corner of Jefferson Street and Tyler Avenue do so in the Sandra C. Davis and William C. Davis College of Business and Economics located in Kyle Hall.

Those names serve to remind us of the remarkable contributions the three individuals have made to the Radford University community.

Over the past three years, the College of Business and Economics (COBE) has gone through many name changes.

In the Fall of 2012, when it was first opened, the name of the building was merely called COBE. Unlike other buildings on campus, it was not named after anyone when it was initially built.

In 2016, the building was renamed to Kyle Hall in honor of the service of 11 years and departure of former President Penelope W. Kyle.

Two weeks ago, a shocking surprise came. A ceremony was held outside of Kyle Hall to announce the name change of the College of Business and Economics.

Sandra and William C. Davis donated $8 million to the college. The money will provide scholarships for students in the College of Business and Economics and the College of Visual and Performing Arts. This donation is the largest one that the university has ever received.

Even though I understand the name changes, I think it is a little much in a short amount of time. It’s confusing because no one seems to know what exactly to call it. Do we call it COBE, Kyle Hall, or DCOBE?

COBE is the only college on Radford’s campus that has gone through so many name changes in the past three years.

With the name change, it also forces the university to change all of its marketing materials for the college. All the pamphlets, T-shirts, and other items have to be changed over to reflect the new name.

The university has been promoting the college as COBE all school year, and now it has to change in the middle of the semester.  All the prospective students that have come and toured the university over the last few months have pamphlets and other marketing material with the old name on it.

I feel that the change should have been pushed back to next school year so that the university could start the year with a new name.

They could have new marketing material printed to start the year off instead of having to rush and do it in the middle of the school year.

Hopefully, this is the last name change we will see for the college. 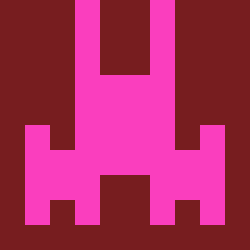