Midterms are approaching, and it is time for the “apathetic” and “uninvolved” youth to get out to those polls finally.

Our generation has done wonders for giving a voice to those marginalized within society and making the United States an increasingly more tolerant country. The youth has sparked a multitude of progressive movements across recent years, from Black Lives Matter to March for Our Lives.

It is time for this generation to stop being all throat and no vote.

While voices can be heard in protest, social progress will always be, in part, institutional. Midterm elections are a chance to ensure there are people in government that are willing to listen to our voices.

There are 70 million Americans aged 18 to 35, which is more than any other age group. Yet young Americans are voting at half the rate of the older generations.

Our voices are drowned out, and politicians ignore our needs, especially as students. If we show up and vote on Nov. 6, the people in power will have no choice but to listen.

Do not sit this one out. There is no “next time.” There is only one 2018 mid-term election.

Right here in Virginia, during the race for the House of Delegates, candidates were tied at 11,608 votes each. To decide who would take the seat, their names were drawn at random. Do not let fate be the decider of this election, let it be that one vote.

Saying this, it is not enough to vote.

The youth are responsible for turning out the young generation on Nov. 6. We do not need to be standing on stage at the American Music Awards (AMA) to send this message, no discredit to Taylor Swift, but we must use our platform.

Start encouraging your friends, sororities/fraternities, clubs, and even the Starbucks worker who always puts extra caramel in your drink – check if they know how to vote, when to vote, and whom to vote for.

So many people insist they do not know enough about politics to participate. People do not have to spend hours hitting the books; delving into political philosophy and deciphering political jargon. The only understanding needed is which candidate fits best for the position.

While their posts may not be as glamorous as Kylie Jenner’s, take to Facebook, Instagram, and Twitter to understand each candidate’s objectives. In this tech-savvy era, the young generation can form a fuller picture of candidates through the medium which we are more than familiar with.

As students, we frantically fill up the calendar with club meetings and crazy parties to attend, so why not add just one more engagement?

Whether it is affordable health care, gun control or climate change, it is time for young people to have their values represented in government. Nov. 6 will no doubt feel like an average Tuesday here at Radford’s campus, but if we get out and vote, we could make Nov. 6 a momentous day for this generation and this country.

Polls are open from 6 a.m. to 7 p.m. at the Radford Rec Center. If you are concerned about a ride, NextGen America will be providing students with free lifts to the polls. Uber and Lyft will also be doing so.

So go out there and vote! 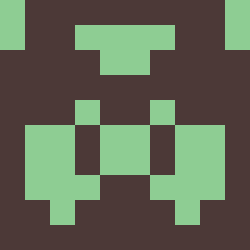