The Radford Highlander Festival is coming back home.

For the last several years the festival, a beloved local tradition, has been held in Radford’s Bisset Park. The festival originally moved from the Radford University campus because of ongoing construction projects. With the completion of these projects drawing to an end the university President Brian Hemphill and mayor David Horton of the city of Radford made a joint announcement about the festival’s return to the Radford campus.

“The festival is scheduled for Oct. 12, 2019, and will feature the famed heavyweight games, live entertainment, food, vendors, and festivities for all ages. The festival is a great opportunity for the entire community to come together and celebrate the Highlander spirit.”

Since the mid-1990s The Highlander Festival has been bringing the community together to celebrate the regions rich Scotch-Irish heritage. Initially a small event, it has grown dramatically into one of the most significant tourist events in the season, hosting on average 10,000 visitors.

While many enjoy the festival, even without any ties to Scotch-Irish heritage, it is a way to connect with family history. The primary settlers of South-West Virginia were the Scotch-Irish (sometimes called Ulster Scots) who came over to the colonies mainly due to famine.

Check out Our Gallery From 2018’s Highlander Festival:

The impact of the Scotch-Irish people is visible from the city names (Glasgow and Edinburgh), the music, and the hearty rather untamable spirit of the people. The Ulster-scots made up a large portion of the American forces during the Revolutionary War and account for nearly one-third of all U.S. presidents to date.

With such a strong and rich history to connect to, The Highlander Festival annually draws crowds from all over Virginia to represent their clans in the heavy-weight games and to explore local vendors and food. Live music and an abundance of kilts give the event the authentic Highlander feel.

Cosa Brown, a member of the community, who has gone to the festival the last three years thoroughly enjoys it, saying, “It is a great way to connect the students and the town, and watching people toss those wooden poles is crazy. My family is Scottish, so it is a fun way for me to experience my family history. Plus, I got Tartan bandanas for my dogs. I’ll definitely be back.”

With the countdown timer ticking away on the festival webpage it is time for vendors and Radford University clubs and organizations to start preparations for next year’s event. The Highlander Festival is a unique way for student organizations, local businesses, and community members to all collaborate and participate.

According to the announcement, next year’s festival will be planned by the Radford Highlanders Festival Committee made up of officials from both the city and Radford University.

With the move back to the Radford University Campus, next year’s Radford Highlander Festival promises to be an exciting and cheerful event to look forward to. 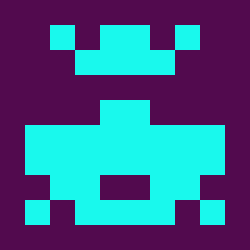 Friends Use Diagnosis To Spread Support Among Students

Friends Use Diagnosis To Spread Support Among Students