As far as the film industry goes, we live in an interesting time. With technological advances allowing CGI special effects to become an almost realistic experience along with a constant flow of films which always seem to be blockbusters, it is as though films are in a new golden age. However, the shine of this age is all too dim because of a few characteristics of the modern film industry, like CGI and continuous films. While celebrated and successful, it reveals an ugly underside of modern films and popular culture derived from those films.

CGI special effects are extremely helpful in creating modern films. Films like Avatar, one of the highest grossing films of all time, used extensive CGI along with advanced motion capture techniques to create an amazingly realistic experience. However, CGI can be misused with disastrous results. B movies and strait to video films typically always include CGI animation that look terrible compared to mainstream hits, mostly because of over-reliance, budget issues, or bad technique, with Sharknado being a perfect example.

However, those mainstream hits can also overuse CGI or rely on the animation as a crutch, to make something appear more realistic or more intensified. This is seen in most genres, from action to horror and sci-fi/fantasy, with explosions and action oriented scenes or some kind of creature that normally wouldn’t exist. Ultimately it can make something that, hopefully looks more realistic, look less real, especially with age.

In addition to the problems with animations in films, there is a trend to make serialize films that may or may not be out of control depending on your viewpoint. This trend has been around for a while, with 70s, 80s, and 90s films having multiple films in a franchise, typically with horror films.

Not only is there a trend to serialize but also to franchise, which many modern film producers seem to rely on. While based on books, the Harry Potter and Twilight film series are great examples of this, as they were extremely popular and successful as films, created a plethora of content outside of the films (merchandise, etc.), and led to the generation of immense amount of money for the production companies involved.

This is all the more realized by the franchising of the Marvel Universe by Disney after their acquisition of the comic company in 2009. According to an article from The Guardian by Ben Child, Marvel’s “movie masterplan” has a planned production and steady release of Marvel-based films up until 2028 and has found up to 8,000 comic book characters which could potentially have their own films.

One look at their current production list gives the sense that this is all too real. The recently released Captain America: Winter Soldier already has a sequel planned for 2016 and there are at least three other Spider-Man films coming between now and 2018, along with many other Marvel favorites.

To make matters worse, each Marvel film typically include cross-film references to other films or foreshadowing of future films, leading to a greater, cohesive, serialized universe. However, the film franchising on such a massive scale could be seen as entertainment for a money grab rather than the creation of films as an experience or an art-form.

Ultimately, the changes in the film industry are indicative of modern culture and what society desires for entertainment. The more popular films tend to be action oriented, fast-paced, with some laughs thrown in, and heavily focused on showing a broader context rather than examining a philosophical or real-world issue. But shouldn’t we be watching films like that too? 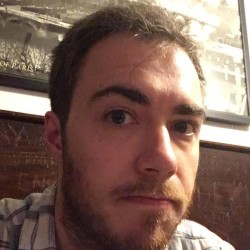