Halloween is a favorite holiday for many Americans, but most don’t know the origins of the holiday. They all love the hayrides and trick-or-treating but might not know where it all comes from.

After researching somewhat where this idea came from, it seemed that there was a festival that the Celtics celebrated called Samhain (the first day of winter celebration).

At these festivals, there were bonfires, and the partakers wore costumes to keep ghosts or spirits away.

The reason that Halloween, or hallows eve falls on this day is that Celtics believed that this was the time of year that spirits of the dead would return to earth and wreak havoc.

The Celtics didn’t want these spirits here because the people thought the spirits would take from their lands and caused danger to the people.

That is why they wore costumes to scare them off, which is where the idea of children wearing costumes came from. Costumes have gone from what they were in the Celtic’s time to now having millions of options at societies fingertips to pick from for the big day.

Halloween first came to America in the colonies.

The people would share stories of the dead, tell fortunes, and have a party. This was very limited when it first came through, only being celebrated in a few colonies, and still mostly for adults.

That was solely an American ideal, not coming with the tradition at all except for the costumes. Children going house to house and adults having parties.

It turned from ghost stories to a sort of free for all of horror with costumes and trickery.

Also notice that in the Celtic’s way, the festival was for adults, however, now even if adults have a party or dress up, the main focus is making it a good day for the children.

Halloween lost its religious and spiritual undertones when it came to America.

Now it has become even more dramatic with parades, haunted festivals, haunted houses, trick-or-treating, and huge parties every year. There are rarely even tricks played anymore at Halloween, but it is all about the treats and being scared.

For instance, almost one-quarter of the annual candy sold in the United States is sold during the Halloween season.

Even the town of Radford partakes in trick or treating, with businesses handing out candy on holiday.

Although not many people think about where Halloween comes from amid all the excitement, historical roots are always important. Halloween seems to be something that keeps everyone childish.

Adults still dress up to hand out candy for the children and decorate their houses and lawns. It helps society view how such a holiday can change over time from a religious and spiritual day to a fun-filled children’s holiday. 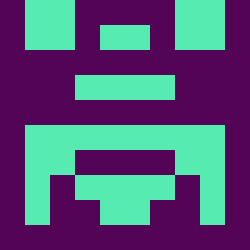