Every Friday night at 10:30 the doors to the No Shame Theater in downtown Roanoke open up to the sounds of laughter and applause as the stage is occupied by all sorts of performers and art of any form. Whether you are a storytelling folk musician, an animal rights activist puppeteer, or a stand up comedian, the audience will watch on with an open mind and their undying support because every performance is preceded by the excited announcement, or maybe more so challenge, that “Here at No Shame, anything can happen.”

The magic at No Shame occurs as soon as you open the door to the lobby. You are greeted with smiling faces and the simple question of “Performing or watching?” It’s a surreal moment when you realize that here, the line between audience and performer is drawn only by this question. No matter how off beat or unusual your art is, as long as it’s original you can perform it on this stage. Though most of the performances are comedic in nature, that doesn’t take away from the potential of a message. With the idea that you can make whatever kind of art you want, the personality of the performer is bound to be intertwined with their choice of medium.

“We want the kind of stuff you wake up at 4 a.m. and frantically jot down.” the host says during his opening monologue “You can do anything you want, as long as it’s less than 5 minutes long. We love you TO DEATH here at No Shame, we just don’t love you for longer that.”

Despite its heartfelt artist support and growing popularity, The No Shame Theater has had its fair share of trials and tribulations, mostly in the form of a constantly changing home. In the past nine years the theater has had to change venues at least four times, each time resulting in the task of rebuilding its fan base from the ground up. However, recently they finally found a permanent place to call home through the support of the Mill Mountain Theater. And while they’re currently rebuilding their fan base again, each show is always performed with the enthusiasm of someone showing part of their quirky soul on stage.

The No Shame Theater has become a little known staple in the art scene of the Roanoke Valley. The audience sizes can range from a full house to a few humble onlookers, but never does that take away from the show. On October 17th the theater turns 10 years old and plans to host an event of nostalgic slideshows and classic performances given over the years. If ever there was a more appropriate first visit, I haven’t heard of it.

So whether you prefer the guitar or the piano, monologues or miming, or just supporting the art of creation, The No Shame Theater encourages your weirdness and would love to have you.

The doors open at 10:30 and the show starts at 11. The No Shame Theater is performed at the Mill Mountain Theatre Waldron Stage, 20 Church Ave SE, Roanoke, VA 24011. 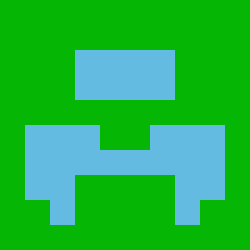