The festival was expected to be a great production.

Radford University offered a great opportunity for enjoying a cold Saturday night on Nov. 10 at the Thriller Night Music and Arts Festival that was held at Preston Hall.

The event was to take place from 6 p.m. to 10 p.m. yet, the audience was already getting bigger and bigger before the show began. There was music of maracas, drums and several musical instruments that made people dance before the show even started.

Two Radford cheerleaders made sure the wait was entertaining to the crowd.

The first performance of the night kicked off with Low Key, an all-boys Capella group composed of Radford students. They sang a few songs which made everyone fall in love with them; they showed so much energy on stage.

I recommend listening to their version of Medley by All time Low; they did a pretty good job. The audience, which we all know to be the best critique, gave them a big applause.

Next, there was a musical trio which mixed classical music so perfectly; it was an excellent performance. After this, the Jazz combo culminated the performance with a good rhythm. At that point, the audience was asking for more.

There was even free pizza and other yummy foods to choose from while you were watching the action.

Following was a note-worthy group and their support for equality as it was composed by mix genders. They started with the song Stevie Wonder Superstition, which was right on pitch to make people aware of the fantastic performance that was coming.

With a fancy version of High By The Beach by Lana Del Rey made everyone still, staring at them, however, the performance of Time Warp was one of the best which included a dance. It was really funny. More than one person in the audience wanted to stand up and dance!

Sweet dreams and Witchy woman were some of their repertories, too. They ended with a cool version of One Day by Matisyahu.

After all of this, Michael Jackson reappeared on the stage. Everyone was amazed. It was an outstanding performance. He gave the audience what they desired to hear.

The fans in the first row were even standing up to some songs to support the soloist. Anyone who had heard of this musical legend would have enjoyed this performance. Some international students who came from Spain, France, Scotland and Germany say that it was an unexpected and grateful situation to be there. Everyone was captivated by his moves.

With the song, Heal The World the whole audience was in silence, such an emotional song said one student. Right after, Thriller made an appearance, and the people stood up and danced to MJ’s famous song.

It was an excellent way to spend a Saturday night here at Radford. 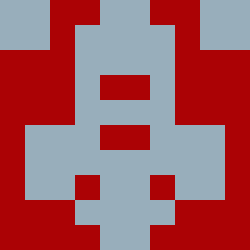