Radford’s longtime resident, Assistant Dean of the Artis College of Science and Technology, and now the newest mayor, David Horton sat down with the Tartan to talk about his first 80 days since being sworn in on July 2.

“It’s fantastic, we really love working for this great community. Trying to make good things happen for the citizens of Radford whether they be here at Radford University or a Radford resident.” Horton said.

The first-time mayor admitted to there being a steep learning curve when assuming public office.

“I think I’ve learned that there are lots of different solutions to the problems we have and that working together we can find those answers as a team. You learn a lot of little things that you didn’t necessarily know about that are procedural, and a lot of things that are wonkish, policy wonkish, that are out there. But for the most part it’s learning about how to get those things accomplished that will solve problems for a lot of people in our community.”

Being a longtime resident has helped Horton recognize some of the issues that face the community. One of Horton’s most prominent initiatives has been to help bring businesses to Radford, including new businesses like Sweet & Savory Donuts and Bagels.

Horton explained that it’s challenging to bring new businesses to Radford, “We have a wonderful community, we have fantastic resources to make things happen here, but it is always a challenge to find the right business mix. The right investor, property, the marketing. Everything that can work to really make a business successful here in Radford.”

He continued, “One of the things we’re trying to do is to try and make people more aware of the opportunities that are available to them and some of the resources that we have available to them to help their business succeed. One of the big things we’re working on just this past week, we spent a lot of time with this, is the Main Street Virginia Program looking at Main Street Radford.”

[Video below may not work on some mobile devices, recommend switching to desktop mode on your mobile device.]

The Virginia Main Street Program is a program developed by the Virginia Department of Housing and Community Development which helps revitalize the downtown districts of cities and communities.

“Radford had been a member of the Main Street Program, we then had to stop that program for a little while after some re-direction was trying to be determined. We stopped that about five years ago, but the idea was that it was just going to be a pause for maybe a year, maybe two years and time got away where we needed to bring it back this year.”

“It’s a great new opportunity.” Horton said, “The program has evolved significantly from what it was before and, so, we are moving in new directions with that.”

“We want to build up all parts of our community,” Horton added. “Our goal is to make Radford the place where people want to spend their time, where they want to engage with others, and where they really want to celebrate life.”

Mayor Horton has also made himself a presence via social media. On Facebook, Horton regularly shares updates from the Radford City Government page and goes live from events, local businesses, and even from City Council meetings in an attempt to get more residents involved with the city government.

“Social media is a part of our lives, both good and bad, in a lot of ways. But social media is helping people find out about events, helps people interact and communicate, and it’s an opportunity for us to share more about this wonderful community,” said Horton.

“If you can get an entire community sharing messages, sharing thoughts, and engaging at that level, you can make a lot of great things happen.”

Horton has also seen some criticism via social media. The day after his inauguration, during a city council meeting, the administration considered how to re-structure their meetings. It was decided that instead of a moment of prayer at the beginning of the meeting, it would be considered a “moment of reflection” said Horton.

“It doesn’t actually eliminate prayer. What it does is it gives people an opportunity to have a moment of silence that is proceeded by an inspirational statement … and we try to provide a statement that brings us all together and in the same place. We then have some quiet time where you can prepare for the meeting in a way you see fit. You can say a prayer, you can meditate, you can think about what’s on the agenda you may want to participate with.”

In regards to the criticism of this change, Horton recalled, “Some people didn’t like it, it was a change. Change is hard and I completely recognize that can be a difficult thing for some people to adjust to. My hope was that they heard what we were saying. That it isn’t an elimination of prayer, it’s just the opposite actually. It provides an avenue to protect the way you want to pray, your neighbor wants to pray, or however, you want to prepare during that moment of reflection. That moment of silence.”

“For those who are unhappy with it, I hope that they’re seeing how we’re doing this [and that] they’re becoming happier with what we are doing. Some may not be happy. What was done before was more of a spoken common prayer for everyone to gather and some felt that’s the only way to have that type of presentation or program. That may just be where we have to disagree. As a council, we felt it was important, at least four-fifths of us did felt it was important to go in this new direction and we really respect everyone’s opinion on it.”

“It’s okay if you don’t agree with me on everything,” Horton said. “I’m fine with that because we want to make the best decisions possible and to make that happen you have to feel free to say, ‘I don’t agree with what you thought’ and I can address that.”

Horton goes on to talk about how tasks can come from all directions that take a lot of both physical and mental time to remedy. “You want to do the best job you can. You want to serve the people in the best way possible. To do that it takes a lot of thought and preparation and effort.”

With these 80 days under his belt, Horton has his eyes set on generating business for the city of Radford and trying to bolster the local economy. Along with the economic side of the office, Horton also hopes to increase the quality of education in the city.

“One of the key components of any economic development is to have a wonderful school system and continue to maintain that.”

Horton’s long-term plans are to continue to “evolve” the city and to make Radford, “the place where people want to spend their time, money, and participate with the different businesses in the area.”

“One of the visions that I have, and that our council members have, is to look at entertainment as one of those opportunities for the city. How great would it be to go to a different venue, be it a restaurant, or performing arts venue, every night of the week and hear a different kind of music? And hear different performers? To see performances. I think we can make something like that happen and that is a wonderful quality of life benefit for those that live in the city of Radford, but it’s also a wonderful tourism piece as well.”

Horton’s excitement for what he and his administration can do for the city and community is very easy to see and hear upon interacting with him.

With a number of initiatives and goals, it will be interesting to see how the remainder of Horton’s four-year-term turns out with his mind set on the future of Radford, and all that he hopes it can be. 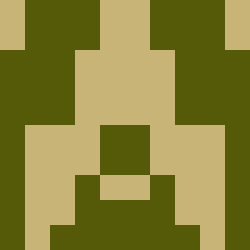