This year’s Tunnel of Oppression turned out to be one to remember, with over five rooms touching on just some of the various forms of oppression that people must endure.

From 3 to 8 p.m. A, the lower level of Heth Hall was reserved exactly for this reason as students and various organizations created dark scenarios and presented them to the tours of students and faculty.

The organizations that helped sponsor the event included Spectrum, the Diversity Awareness Programing Board (DAP), the Center for Diversity and Inclusion (CDI), and Ladies of Value and Empowerment (LOVE), each with their own respective rooms.

Before the tour began, groups were told if they could not handle the situations about to be acted out, they could leave at any time and to contact a safety responder who will escort them out.

The CDI was responsible for three rooms during the event: Homelessness, sit-ins, and body image. In the first room, cardboard boxes that depicted facts on homelessness in America were in place. Trash was thrown all across the room and the actors were heard crying and suffering in their environment. According to the National Alliance to End Homelessness, there are over 500,000 people in the United States that are without homes or in shelters.

The next room the CDI created was a return from last year: Body image. Upon entrance, the tour was greeting with audio that shared personal stories from people who suffer from low self-esteem. This was acted out as individuals were seen looking into the mirrors on display and showing strong disapproval in the form of tossing things across the room and even shattering parts of the mirror.

The sit-in room was set up like a diner from the 1960s with props of remade menus and jazz music. The scene turned into a hectic one the moment black students sat down at the table to be served. Once the waiter caught sight of them, an immediate storm of insults targeted these students as actors from the tour came out and began violently shaking their seats, slamming on the table, and even going so far as to physically remove them from their seats.

“I was very hurt to see that our ancestors had to go through something like that but speaking on today, we still have a lot of racism in our world but compared to what I witnessed in the Sit-In room it looks like we’ve at least made progress,” said photographer Myra Brooks.

Then there was the voting rights (black suffrage) room brought by the DAP. In this room, black voters were attempting to cast their ballots, while racist and demotivating slurs were directed at these voters from behind a screen. Unable to take it anymore, the voting actors left the room while a video was shown of white nationalist such as Bull Conner and George Wallace giving speeches on why separation is important. Following such rhetoric were graphic pictures of blacks who had given their lives in the form of lynching and mobs so that African Americans could have the same suffrage rights as whites.

Specifically this room had more of a happy ending when Obama’s famous “Yes we can” speech filled up the room, while images of progressive blacks taking a stand and practicing their 15th Amendment rights were shown.

The oppression room set up by Spectrum highlighted gender and identity differences. The scene depicted a person who was born a female, but identifies as a male and the struggles that classmates, family, and life caused this individual due to a low level of understanding.

One of the last rooms was that of domestic violence produced by LOVE. In the scene, a happy male and female couple were having an enjoyable time together as they brought up happy memories of their relationship. But then things turned from good, to bad, to abusive in a gradual amount of time – always ending with the male character saying how sorry he is about putting his hands on his significant other. The climax was when all the lights cut off and the male character beat up the female character as she screamed and cried for help.

“I wanted to show the way a violent relationships progresses because they don’t start out violent, people need to recognize the signs of would be abusive companion,” said Taylor Hairston, secretary of LOVE.

“This year was very successful just like last year and the reason I say that is because it brought alot of light to those that attended. Alot of people walked away know knowing that oppression is real thing and people actually learned something outside of the classroom. In the future we hope to make it a two day event so that people who have classes on Tuesday will be able to come and experience this,” said Natalie Fajardo, executive director of the Tunnel of Oppression.

Once the tour concluded, groups were brought into a debriefing space to talk about what they had just witnessed. The comments including things like, “I never knew these sorts of things happened” and “hopefully people can be more empathetic.”

Because of the  high number of positive reviews, the Tunnel of Oppression event will return next year. 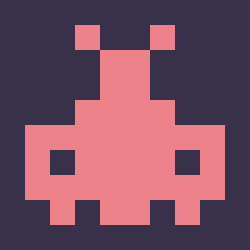