Now that school is back in session and summer break is unfortunately over, students are getting back into the groove of being in classes. However, that does not mean we cannot look back on summer with fondness and reflection. Here are some interesting summers of RU students.

Steven Copley went to a private island off the shores of North Carolina.

“I went to my friend’s family’s private island with four other people. The island had been in the family for years; I think their grandparents bought it back in the day. The people I went with were my friends, so it was a really relaxing trip. We’d climb a ladder to the roof of their three-story house to lie out and look at the stars. There’s no pollution or light in the middle of the ocean, so the sky is crystal clear. If you’re quiet, you can hear the waves crashing on the beach. The only awful thing was the flies, which were terrible,” Copley said.

“I also went to a LAN tournament with four people out in Philadelphia for Counterstrike: Global Offensive. It’s basically a sixteen-team tournament where people come and compete for two thousand dollars. There’s a group stage followed by playoffs. It’s five versus five teams. There’s trash talking, too. There was one round when my team wasn’t buying guns due to the economy system of the game, forcing us to save up, and I just killed two people. People were screaming and hollering across the stage at each other,” Copley said.

“I went on a cruise to Haiti, Mexico, and Jamaica. While there, I took the longest zip line in the world over the ocean. Unfortunately, I got food poisoning in Mexico on the Fourth of July, so I missed all of the festivities they had on the ship. The ship we sailed on is one of the largest ships in the world; they had a Central Park as well as a boardwalk. It was just beautiful and so amazing. There was always something to do so we were never bored. The ship had an exercise track that went around the entire deck of the ship, so every morning I would go for a run. When we were docked in Haiti it was the most beautiful scenery to wake up to and look at while running. The ship we were on also had a contract with DreamWorks so there were a lot of characters from some of their more famous movies running around the ship such as a life-sized Shrek, Donkey, and characters from “How To Train Your Dragon.” The trip was my sister’s graduation present, and it was probably one of the best summers I’ve had in a long time,” Robinson said.

Dylan Price was not so lucky during his summer vacation.

“There’s one really interesting thing that happened this summer: I got involved in a really bad car crash. I was driving and there was this church van, carrying something like eight kids, and I got hit broadside. All the kids were totally fine. I couldn’t say the same for myself, though — my car was completely totaled, and I ended up breaking my jaw in eight places. I was put in intensive care because the doctors thought I had internal bleeding and spine damage. Luckily I didn’t, and I just had a severely broken jaw. I had to eat a strictly liquid diet for eight weeks. I had to blend all my food, everything from soups to chicken dumplings. It was a pretty rough time. I’m a singer, so I kept missing important concerts. So many people came to my house after the accident though, and I made a lot more friends. I ended up with such a fond appreciation for life because of it all, so in a way, I’m glad that it happened. I try to live with a purpose every day now because I feel blessed to be walking around instead of in a hospital bed,” he said.

It seems that RU students had some eventful summers, good and bad. Hopefully this school year will also bring good times and cause for reflection and growing. 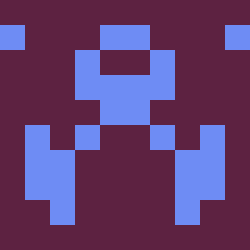 Nation: 1 of 3 Officers Charged in the Death of Breonna Taylor

Nation: 1 of 3 Officers Charged in the Death of Breonna Taylor

COVID-19: The Struggle of Dating During a Pandemic

Stephanie Bradley and Her Fight for Her Students and Racial Justice