The first performer, Bethany Zalecki, showcased her unforgettable passion for solo performance by mesmerizing the audience with superb performances on the marimba. She performed the uniquely subtle Etude for a Quiet Hall by Christopher Deane and a very rhythmic and intense Mecanique by Michael Burritt.

Harold Bailey, a piano performance major, performed highly intricate and complex pieces by Bach, Burgmuller, and Chopin. Some of these included the Goldberg Variations by Bach and Waltz in B minor, Op. 69, No. 2 by Chopin.

The third performer was Trevor Shrader, a music education major. He performed the two movements from Sonata for Alto Saxophone by Paul Creston. This piece utilized just about every idiosyncratic sound on the instrument.

Jakes Moles, a non-music major, perplexed the audience with the Horn Concerto No. 3 in E flat major, K.447 by Mozart himself. His accuracy of pitch and timbre for the French Horn seemed unmatched by any other in the department.

Last but not least, Molly Cox, mezzo-soprano vocalist, finished the recital with four vocal pieces that dazzled those in attendance. Her flourishes and upper octave melodies were hauntingly entertaining and inspiring.

Each semester the RU music department hosts an honors recital that allows the opportunity for hard-working and  ambitious students to make their talent known. It seems that each recital the talent gets better and better, and this one was no different! 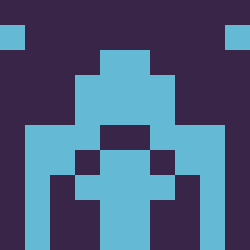