Patrick Holbert, comedian, and actor, recently gifted Radford students with his wisdom on what he went through abusing alcohol over Zoom.

His alcohol abuse, background, and recovery were topics he covered in his webinar, which was sponsored by Substance Abuse and Violence Education Support (SAVES).

Patrick Holbert is twelve years sober and happily married to his wife with their newborn. How the zoom meeting started was weird because it was like a regular meeting. There was no way to unmute yourself, and you couldn’t see yourself. Unless you were a host, all you were doing was watching him. There was a place to ask questions, which no one did until the meeting was almost over.

Mr. Holbert spoke about how he and his brother had promised never to start drinking since his father abused alcohol, and they both grew up around it.

Mr. Holbert spoke about how he and his brother had promised never to start drinking since his father abused alcohol, and they both grew up around it. His brother vowed to never be like their father, who couldn’t stay sober.

The brothers made it through high school sober. One of the key points Holbert said was, “I want to leave you with it by the end of my high school section. I never had a drink or drugs, and I was still popular. Also, I got along well with people.”

Patrick Holbert talks about how he tried one alcoholic substance and fell in love. Most new drinkers would tell you that their first alcoholic drink was the worst thing in the world. Throwing jokes here and there, Patrick Holbert explains how he struggled through his college with alcohol.

During the day, he was a straight-A student, but during the night, he was different. While drunk, he was hateful and spoke about making dumb decisions.

Patrick Holbert has almost died from climbing a water tower, has been arrested, was seen naked in public, and many other things while under the influence of alcohol.

His brother was going through the same drinking problem, but eventually, they vowed never to drink again. Mr. Holbert’s brother had stopped drinking before he did, and even then, that was a couple of years later.

Patrick Holbert had lost his first wife because he couldn’t control himself. Things changed when he became a father.

During the webinar, Holbert talked about how people were trying to help him, but he rarely listened.

Patrick Holbert had lost his first wife because he couldn’t control himself. Things changed when he became a father.

Unfortuenly, when Patrick Holbert stopped drinking, he suffered through withdrawal, but he said it was better than having a blackout. At the time, iHe knew he could be better in his mind, and he tries to be better every day.

When a student asked what his coping methods were, he said, “How I cope and keep myself from going back to alcohol is exercising, meditating, talking and connecting with others, slowing and enjoying life.”

Holbert would laugh at his jokes most of the time because he couldn’t hear or see us. On his part, it was a huge challenge to make it funny.

In my opinion, the show was very educational and not what I expected. A decent amount people had attended the shocking show. However, it would have been better in-person.

This webinar with Patrick Holbert had opportunities to show many students a new path. 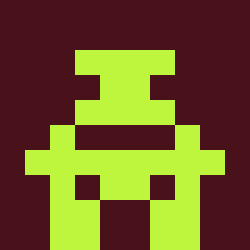