The Radford Skeet and Trap team doesn’t receive scholarships, they don’t have a charter bus to take them to their tournaments and they don’t have their equipment paid for. They simply shoot competitively because they love the sport.

The shotgun team was started in 2002 and has been competitively participating in the clay target events. The team goes up against other collegiate schools, which are located anywhere up and down the East Coast with nationals held in Texas.

Most of the teams RU competes against are club organizations, but there are occasionally a few that are scholarship ones funded by the school. Radfords team is not one of those, however. The money needed to fund the team comes out of members’ pockets, fundraising or winnings from tournaments.

“This is the best the team has ever been,” said senior Blaine Morgan. Morgan has been a part of the team for four years now at RU and at one time was the president of the club team. He says it was one of the best decisions he has made while at RU.

“It has always been a family thing to shoot,” said Pearce. “My dad, my mom and my brother all shoot, so it is a family outing really.”

Sophomore Justin Richardson has been shooting shotguns all his life but is fairly new on the competitive scene, starting just two years ago. Morgan has been shooting for five years, recently picking up the sport. His first exposure came in his senior year of high school.

“I did not really do a lot with a gun until I found the team at the club fair and at that time there were only six members, it was struggling,” Morgan said. “I am a city boy, up from northern Virginia. However, I changed once I joined the club and wish I would have started earlier.”

The team practices twice a week at their home range, Dublin Clays. Radford shares the range with Virginia Tech’s team so the two teams must coordinate specific

shooting practice times. RU usually practices every Tuesday and Friday, then head to a competition on the weekends.

Overall, there are about eight competitions a year. Radford had the home court advantage of hosting a competition over the weekend of Feb. 23. Since only five Virginia schools have teams, Radford must travel. Pearce has been as far as San Antonio, Tx. before for competition.

“I went with my brother for nationals and he also went twice when he was at Radford. I was in the smallest, youngest class and I shot 75 out of 100 so I placed 11th,” Pearce said.

For the most part, the team tries to stay close to home because of funds. However, the team gets some money from the university.

“We usually just load up in 15-passenger vans and take off. We were in Indiana two weekends ago which is about a nine hour drive and then we just got back from Kentucky last weekend,” Morgan said. “We have been working out funding to send a team to Texas every year because it’s a huge deal to go.”

Morgan feels that although Radford is smaller in size than most schools, the team stacks up well against competition.

“This is the best we’ve been in my four years,” said Morgan. “We came in second in the state last year to George Mason.”

The club consists of about 25 members but is divided into two sections. One section is for the competitive shooters which has a make-up of about 15 students who travel for competitions. The other section is for people who have never shot a gun before, but are interested in trying new things such as shooting skeet.

“We let everyone on the team, which is a great aspect of the Radford team. Other schools want only people with experience, but we like to give everyone a chance. I would have never shot a gun if they had not taken me on,” Morgan said.

Most would admit, the best part of being on the team is the fun involved. The team goes to the range and shoots, and although it is practice, it doesn’t seem like it. The team is able to laugh and truly bond, especially in the long van rides to competitions.

“The bonding in the car on long trips is definitely what holds us together,” Richardson said.

The team is not solely an all-boys club by any means. Morgan said the girls on the team are very skilled when it comes to handling a gun and hold their own during competitions.

The team receives a lot of recognition. When Radford goes to compete, people know the name.  Morgan hopes that Radford will continue to grow in prominence through the success of the Skeet and Trap team. 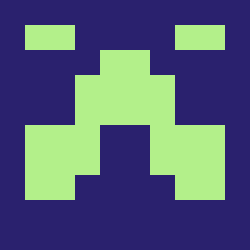 Latest posts by aj.nk (see all)