The Radford University chapter of Sigma Phi Epsilon is being revived at the university, commemorating their return to Greek life by offering students a new scholarship opportunity that celebrates and encourages the traits of a “balanced man.”

Founded in 1901 at Richmond College, SigEp “has sought to distinguish itself from men’s social fraternities by providing a truly values-based fraternity experience,” according to Rick Stepanovic, The Director of New Chapter Development.

With over 15,000 members in colleges across the nation, SigEp is a fraternity whose principles reflect a dedication to character building and personal development.

With the help of RU alumni and past SigEp members, the fraternity is being reestablished at RU with the intention of surpassing these values and expectations, and is planning to establish itself as a valuable member of both the university and Radford communities. Stepanovic and Shane Lay make up the headquarters staff for the chapter.

Stepanovic relayed his hopes for the success of SigEp’s return to RU. “We hope to redefine the meaning of a social fraternity by offering quality alcohol-free programming for our members to build positive, respectful relationships with each other as well as other Radford students,” said Stepanovic.

Their member recruitment began in February, seeking out the best men campus has to offer. Since then, they have accumulated 28 members including SGA President-elect Colby Bender, and expect to accrue between 30 and 40 students by the end of this semester.

“We have the highest recruitment standards of any fraternity on campus,” Stepanovic said. The evaluation process involves an intense scrutiny of applicants, requiring a minimum GPA of 3.0 and looks for candidates who are committed to bettering themselves and their community.

While there are several Greek organizations who promote public service, academic and life success, stereotypes about Greek life still abound. One of SigEp’s fundamental intentions is to break down these misconceptions and stereotypes. “SigEp seeks to defy negative fraternity stereotypes, both here at Radford and across the country,” said Stepanovic.

He added that SigEp “has sought to distinguish itself from men’s social fraternities by providing a truly values-based fraternity experience.”

The philosophy of the Balanced Man Program is the foundation of the fraternity and serves as the basis of their organization. “Through the BMP, SigEp was the first fraternity to successfully eliminate pledging and hazing from the fraternity experience,” Stepanovic said. The Balanced Man Program is based on five tenants: equal rights and responsibilities, continuous development, accountability, living their values and mentoring.

Based on the ancient Greek model of developing a sound mind and sound body as the way to live a fulfilling life, SigEp’s structure is meant to give students a positive, constructive behavioral and philosophical template to follow in order to achieve personal success.

The Balanced Man scholarship is an extension of this ideal and is offered to students who have displayed exceptional service and academic effort. This year marks its first time being offered at RU. The scholarship awards $1000 to those who are selected out of more than 500 applicants across 180 colleges.

SigEp’s reinstitution at RU offers students interested in joining a fraternity a new and exciting option to be a part of an organization that is dedicated to achieving the personal success of its members. SigEp’s Balanced Man Program is unique in that it highlights the key components of both success within the organization and life outside of it.

Students interested in applying to Sigma Phi Epsilon and taking the first step to becoming their idea of a “balanced man” are encouraged to contact Stepanovic at rick.stepanovic@sigep.net. 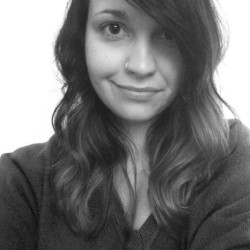