Radford had its first snow storm of the year, and like usual, most people acted as if the apocalypse was upon us.

Well, that was the reaction from most students at least.  The school seemed to have a completely different mindset about the impending weather.  Despite the fact that many other schools and organizations took preemptive measures and closed hours before the storm made its way to Radford, the university decided not to close until 12:30 p.m., roughly an hour after the snow had begun to fall, which was instantly sticking to the roads and sidewalks.

That may not be such a big deal for people that live close enough to campus to walk to class; however, for the students and faculty members that commute to class, that can be a real problem.

Teachers could cancel class at their own discretion I suppose, but many teachers feel that if the school has not officially closed the campus then they should hold classes as per usual.  Really though, it is the school’s job to make those sorts of decisions, not the professors.

The school should take more consideration to those who commute to campus.  Is the schedule for the semester really that tight that we can’t miss a day or two because of a snowstorm that was supposed to accumulate between eight and 12 inches?  If so, maybe the school needs to do a better job having built in snow days integrated in to the schedule.

If not, then there really is no excuse for how the school went about dealing with the storm on both Monday and Tuesday.  Even though the snow had not accumulated much when the school decided to close early on Monday, that still left commuters to deal with the weather on their way home and the snow was only coming on stronger.

Monday’s decision pales in comparison to the schools baffling decision to open at 11 a.m. on Tuesday.  The local roads surrounding the campus on light and dark side were not even cleared when I went to my 11 o’clock class.  Most of the sidewalks were still completely covered with snow and were not in good enough condition to walk on.

Also, all of the places to park on the side of the rode were unusable due to the fact that the snow that had been plowed the night before blocked them.  So, even if commuters were able to get to campus today, they wouldn’t have anywhere to park unless they had an on-campus parking pass.

Many classes were canceled by professors that were unable to make the commute themselves.  A professor that did decide to make the journey to campus, all the way from Roanoke, ended up damaging his car when he lost control and slid in to a guardrail.  This particular class has a usual attendance of about 70; only about 25 were there on Tuesday.

If the trip from Roanoke was questionably too dangerous to make, just imagine how it was or would have been for people commuting from more rural areas.  It makes the whole thing sound especially silly when the school ended up having to close at 3 p.m. because of a loss of water on campus that was due to a water main leak that was affecting the school and eastern parts of Radford.

I guess it just comes down to the fact that instead of being reactionary to situations such as impending weather storms, the school should take more precautionary actions in the future.  No student should have to choose between possibly affecting their grade by missing class, or trying to make the commute in conditions that are not safe or conditions that are just completely unnavigable. 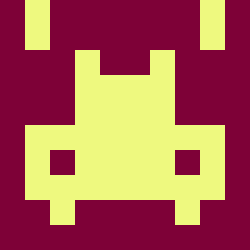