Radford University’s Faculty Senate passed a motion earlier this month to alter the “free expression policy” which governs demonstrations on RU’s campus. Now the modified policy is moving through the chain of command before taking effect on campus.

The current policy restricts, among other things, where demonstrators are allowed to gather on campus — designating two “free speech zones;” one in front of the Bonnie, and one in front of Heth Hall, and keeping other areas off limits. While the current policy has been in place for several years, it came under scrutiny following graphic anti-abortion protests in 2011. RU’s Student Government Association has been active in pushing for changes to the policy, and some of that input has been considered in the latest version of the draft.

“SGA started working on the free speech initiative probably about two years ago,” SGA Vice President Justin Blankenship said. “We proposed an initiative that eliminated the quote, unquote free speech zones, and it also eliminated some other restrictions like pre-approval of posters, signs and stuff like that.”

If the free speech zones are eliminated, and RU becomes an open campus, that means any outdoor area — with the exception of roadways and other areas which have to remain unobstructed for the university to function — would be acceptable places for protest and demonstration. Mark Shanley, RU’s vice president of student affairs, expects that the updated policy will be approved in merely a week or two.

“We have a university office for policy compliance, and they go through and make sure the language is consistent with other policy documents, and making sure that there’s no inconsistency with other related practices or things within the university,” he explained. “When it passes muster with that, they run that by the attorney general’s office, who is the general counsel for the university; and when that’s cleared all that, then it comes to the president’s cabinet for review and approval.”

The Foundation for Individual Rights in Education (better known as FIRE), a nonprofit organization dedicated to matters of free speech and individual liberty, has given RU a “yellow light” rating. According to www.thefire.org, a yellow light means that a college has at least one ambiguous policy which could be interpreted in such a way as to infringe on students’ rights. Shanley hopes that once the updated policy is put in place, the university will merit a green light rating.

The change to an open campus is a good one, according to Kaileigh Ashby, editor-in-chief of Whim, RU’s student-run online magazine. But she’s still concerned that the university is being too restrictive.

“Twenty-four hours notice, really?” she asked incredulously, pointing out a portion of the policy which “strongly encourages” students and RU-affiliated groups to give the university notice 24 hours before a demonstration. People and groups not affiliated with the university are not merely encouraged, but required, to give such notice.

Ashby also expressed concern that restrictions on student demonstration could hamper a diverse and inclusive dialogue.

Giving notice ahead of time may be useful for larger events, according to Bill Kovarik, RU professor of journalism and expert on media law.

“The university police department  has a very helpful attitude and they deserve some notice about big events so they can prepare for them,” he said. “I believe the policy also allows for spontaneous unregistered small demonstrations, which is in keeping with the flexibility we need in a speech policy.”

But Kovarik also worried that, in formulating this policy, RU has not made enough of an effort to get input from students and encourage a public dialogue on the matter.

“There have not been any open discussions with students or faculty since the fall of 2011, when we had one forum on free speech following some anti-abortion protests on campus,” he explained. “There was also a free speech forum in 2006. Still,  Provost Sam Minner has taken a very active interest in the issue, for which I’m grateful.”

Kovarik taught a class regarding these issues during the spring semester of 2013, officially titled “The First Amendment and Higher Education,” and commonly referred to as “RU Speechless?” The goal of that class, as stated on www.ruspeechless.com, was “a full policy overhaul at the university.” Students were encouraged to find creative ways to express themselves on campus and challenge university restrictions, and the class culminated in a demonstration in front of the Bonnie.

Asked whether he expects the policy updates to substantially change student expression, Shanley said no.

“We have allowed people, if they had a request to be in another area (rather than one of the two approved zones), that they could do so,” he said.

“I’d hate to think that because of free speech zones that a student wasn’t able to express their message to as many people as they chose to do so,” he said. “We want to be proactive and not wait until someone’s First Amendment rights are being hindered.”

But the current policy may already be having a subtle effect on students, Ashby cautioned.

“This policy is already in place, already affecting the way the students express themselves,” she said. “They just don’t realize it until they get into upper-level classes, or until they get into communication classes where someone points it out to them.”

Kovarik also sounded a note of caution, mentioning a long list of already-illegal activities which the policy prohibits.

“Why list all these rare legal issues in the communication policy?” he asked. “I have no idea, but it does suggest that you can get in big trouble if you don’t watch your step — and that is the wrong message to send to a citizen scholar. The message we need to send is that the U.S. Constitution protects your right to free speech, and that our ability to communicate about our problems is essential to meeting the challenges of the future.” 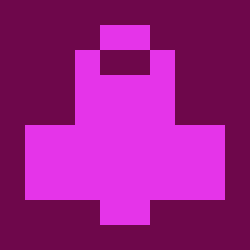