Radford University baseball finished up a spread of seven games during spring break with a win and a loss against VMI. RU was 4-3 over the stretch.

The Highs began the week with a three game series at home against the Bryant University Bulldogs of Rhode Island.

Junior outfielder Aaron Scoville was the hero in game one with a walk-off RBI single in the bottom off the eleventh following a four run rally by Bryant in the top of ninth.

RU jumped out to a 6-2 lead in the bottom of the seventh inning after senior infielder Alexander Lee hit a two-run homerun to left field on a full count.

The Bulldogs began their ninth inning rally on an RBI single from second baseman Brandon Bingel.

Two more runs were scored via a sacrifice fly and single and the score became 6-5 in favor of RU with two outs in the ninth.

Third baseman John Mullen hit a short pop fly to left, but the ball was dropped allowing Bryant to score the tying run.

Pinch-runner Joe Paparelli tried to score the winning run on the error, but was thrown out at home.

After no runs were scored in the tenth, Scoville drove in senior outfielder Blake Sipe with a single to center field to capitalize a 7-6 extra inning victory. Scoville went 3 for 5 in the contest.

Sophomore Dylan Nelson threw six innings and surrendered only three hits and one run in the win.

The Highs could not minimize the damage by the Bulldog bats in the second game of the doubleheader.

RU jumped out to a 5-2 lead in the third inning, but errors and wild pitches later in the game allowed Bryant to score six runs from the sixth to the eighth inning and take game two 11-6.

The Highs got revenge in game three of the three game series, another extra inning game.

Down 7-2 in the bottom of the ninth, worked a plethora of walks and hit by pitches to come all the way back and tie the game 7-7.

Sophomore infielder Zach Woolcock finished off the rally in the ninth with a single that went back to the pitcher.

Woolcock also drove in the winning run in the bottom half of the eleventh inning in bizarre fashion.

Scoville began the eleventh with a walk as he was hit by the first pitch of the at-bat. Freshman infielder Danny Hrbek then hit a sacrifice bunt to advance Scoville to second.

Sophomore first baseman Nygeal Andrews was then intentionally walked in order to try and create a double play opportunity for Bryant.

Following the intentional walk, junior infielder Hunter Higgerson was hit by a pitch that loaded the bases for the Highs.

Woolcock then came up to the plate and he too was hit by a pitch, driving in Scoville and the game winning run.

Following the series versus Bryant, the Highs stopped in Williamsburg to take on the William & Mary Tribe in yet another extra inning contest.

The score was tied 5-5 heading into the eighth inning when Higgerson hit a solo home run to left to give RU a one run lead.

RU could not close out however, as second baseman Ryan Lindemuth hit a double to drive in the game tying RBI.

The Tribe capped the comeback with a solo home run by left-fielder Nick Thompson in the bottom of the thirteenth inning.

The Highs finished the stretch during the break with a three game series against Virginia Military Institute Keydets, their first conference games of the season.

Sophomore Michael Boyle allowed only five hits and one run through seven innings of work in a 6-1 triumph over the Keydets.

The offensive output was fueled almost entirely through Hunter Higgerson. He drove in a career-high five RBI’s which included two RBI singles and a three-run blast.

Game two of the series went similarly as the Highs took the first half of the doubleheader 5-1.

Sophomore Ryan Meisinger threw five and one-third innings allowing three hits and one run to earn his second win of the season. Michael Costello closed out the last two innings allowing only one hit.

RU scored four of their five runs in the fourth, led by sophomore infielder Chris Coia with a two run single.

VMI took the final game of the series by a score of 9-8 with a two run bottom of the ninth, capped off by a walk off RBI single from centerfielder Brandon Angus.

The Highs will begin a three game series against Charleston Southern, their second Big South Conference opponent of the season. First pitch is set for 6 p.m. this Friday. 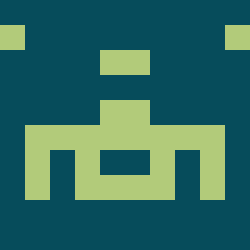