I am writing this in response to an article titled, “What being a gentlemen truly means.” In this article, the author wrote about the “unwillingness” of women on campus to respond to his “good deed” of opening doors for them.

First, we do not owe you a thank you. Women owe you nothing. If you want to hold the door open for us, go ahead. Just know that opening doors for people is nice and all, but if you choose to/to not open a door for a woman, it is not going to make or break her day.

Second, to the comment that annoyed me the most, the author said, “To hit on one last issue, compliments do not seem to be too popular anymore either. If you do not know a girl personally beforehand an innocent statement like, “Hey, I like your shoes!” can easily be construed as, “I want to rape you!”

I would hope that in the future you would refrain from using “rape” for your poorly constructed “jokes.” Compliments are great, as long as you truly mean well.

If you really want to know what being a good person (one who is not perpetually dissed by women on campus) truly means, I’ll tell you.

Women have been considered subordinate to men for most of history, so let’s not wrap up Women’s History Month in the Tartan by not addressing the fact that articles like the one I am responding to are part of the problem. This is a women’s issue.

It is a women’s issue because the author felt it was okay to use “rape” as a casual/humorous way to exaggerate him being rejected.

It is a women’s issue because casually throwing around the word rape desensitizes people to the issue of rape. The problem is that women’s issues are overlooked because some people treat “door holding” and not being “properly” recognized for their “compliments,” as actual issues.

If you want to be considered a “gentlemen,” focus your time writing about real issues. 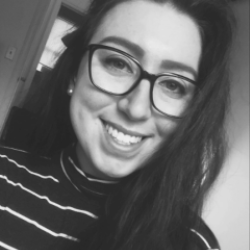