On March 1, Radford University held an event for its Greek Life organizations sponsored by the fraternity Pi Lambda Phi. The program, put on by the nonprofit organization Men Can Stop Rape, was designed to inform and educate the men on campus about the harsh reality that is rape and how they can help solve the difficult problem.

On the day of the event, Radford sorority women were dismayed to find that their male peers had only sent eight members from each fraternity, rather than make attendance mandatory as they had done themselves. The assembly came and went without incident.

Soon after the event, an article was published on the popular website, Total Sorority Move, written by Radford alumna Veronica Ruckh. The article condemned the actions of the men in Radford’s Interfraternity Council (IFC) and also included a copy of the long winded e-mail to Director of Greek Life Robert Marias that was written by a member of the school’s Panhellenic Council (PC).

While the sender of the e-mail’s identity was kept anonymous, her words have circulated around news sources, inciting outrage not only from fellow female students on Radford’s campus, but also from onlookers all around the New River Valley.

This negative attention quickly came back to haunt the men of the Greek community.

Two members of the IFC, who asked to remain anonymous because they were afraid of negative ramifications, came forward to explain their side of the story in hopes of showing the Radford community that they did not mean anything by not making the event mandatory.

“It started two weeks before spring break. It was just a motion on the floor that was coming up. It was presented that we should send at least 10 brothers from each organization. That was then voted eight and passed. So that was fine. Eight and passed and that’s where it ended from there. IFC meets before PC and that was relayed to them. So they knew that we were only sending eight.”

The sources also both recalled that while PC President Kaitlyn Julien was not present during the meeting as she usually was, she did have a stand-in to relay the meeting’s minutes to her about the IFC’s decision to only send eight members per organization.

The men of IFC were apologetic, stating they had believed the event to be like so many other speakers that Greek organizations are required to send members to each week, and sorely underestimated the impact that their absence would have on the community as a whole. They also explained that they were unaware the event was being sponsored by a fellow Greek organization and had this information been more clear, the whole story may have turned out much differently.

“In hindsight and especially in realizing that it’s a Men Can Stop Rape forum and that it’s targeted towards men, obviously, that was stupid. It was motioned and then a couple organizations have come out and said, you know, ‘we definitely should’ve voted to make everyone go.’ But it just didn’t happen,” the sources said.

The men cited a serious case of “Groupthink” as the reason why no one spoke up despite the fact that many IFC members had concerns about not making the event mandatory.

“It honestly comes down to, ‘do we want to make this a big deal or not’. Because another thing, too, is you’re risking money. So when you go and have a philanthropy event and you try to get money for the fraternity, it comes out of the IFC fund and if you’re combatant with other fraternities they’ll shoot you down and then you can’t raise money for, in our case, philanthropy…You just don’t want to risk that, so to cause a big hub bub like that could be dangerous to your philanthropy as well.”

Regarding the e-mail Marias received, both men believed it was highly unfair for anyone to put the blame on him. According to the sources, Marias had recommended making the event mandatory, but while he is an advisor, the IFC is strictly governed by the students who have the final say in all decisions.

In the weeks since the event, PC has decided to no longer make it mandatory for their members to attend IFC functions. However, it was relayed that despite this new development, the ladies of the Greek community have continued to come out and show their support for IFC.

Both the president of IFC and PC, Dustin Craig and Kaitlyn Julien respectively, were reached for comment.

“What happened was a big miscommunication between the councils. It really blew up due to incorrect facts and statements that were made by students,” Julien commented. She went on to state that the controversy was a learning experience that the councils intend to keep in mind while making decisions in the future.

Dustin Craig agreed to make a statement, but was unable to issue it in time. In an interview with WSLS, he backed up claims that the IFC was unaware that PC intended to make the event mandatory and chalked the whole situation up to “a lack of communication”. 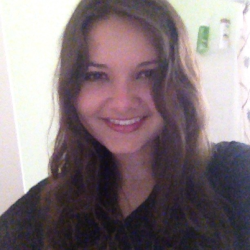