As the face of Radford University’s campus is in the midst of a construction boom, so is one of main street’s most iconic attractions. The Radford Theatre has been a mainstay of the town since the 1930’s but was recently closed after 30 years. Luckily, new management has taken over, changes and rennovations have been made. Now equipped with state of the art equipment and improved furnishings, the Radford Theatre is back, and better than ever.

Located on Main Street across from Wells Fargo, the Radford Theatre has a rich history that dates back to 1935 when it was built. The theatre is a single screen cinema that shows first run movies appealing to students and residents alike. Well known for the low prices, the theatre has been a favorite of budget minded students. Over the past three decades the theatre has been owned and operated by Mr. Frankie Kirk. Last year when Kirk decided it was time for him to retire, he threw around the idea of selling the property. The theatre is now owned and operated by four business partners, Paul Pallente, Josh Riggs, James Houston and Mohsin Kazm.

With new management, the theatre has upgraded both the projection and sound, re-furnished the seating downstairs, and they will soon open the balcony.

“It has really been a community effort to get this place up and running,” said Pallente, reflecting on the hard work that went into getting the theatre up to speed for the premiere of Man of Steel.

The movie experience is much better, with a crisper sound and sharper picture. In addition to the physical renovations, the group has also setup a sleek and easy to use website. They have extended the reach of the theatre to campus by participating in Club Fair and setting up social media accounts. “We are trying our best to reach out to students through these different outlets because we find that many people still think the theatre is closed,” Pallente said.

The experience of watching a movie at the theatre is completely unique to the average movie going experience. Sitting in the lobby of the theatre is the retired film projector, accompanied by the original, quaint concession stand. Rather than a multi-screen complex that shows multiple films, the Radford Theatre displays one movie at a time; offering an intimate experience. With reasonable ticket prices and cheap concessions to boot, it is no wonder that students often choose it over more expensive alternatives. The venue has hosted a few different organizations since its reopening in June and Pallente says that they are always looking for more opportunities to host groups from campus. 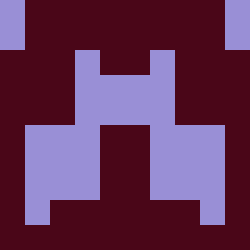