The 2013-2014 season was a year of growth for the young Radford Women’s Basketball team and Head Coach Mike McGuire in his rookie season.

The Highlanders (7-23, 5-15 in conference play) watched their season come to an end in the first round of the Big South Tournament after watching their 39-27 lead over the UNC Asheville Bulldogs (11-19) dwindle away down the stretch of the second half. The deciding basket came at the final buzzer as UNC Asheville’s Shonese Jones delivered the knockout blow to the Highlander’s season by connecting on a last second put-back shot which gave the Bulldogs a 43-42 lead as time expired.

Despite the heartbreaking loss in the Big South Tournament there are many positives to be taken away from Coach McGuire’s first year as head coach, the most critical of which is the growth of the team throughout the course of the season. RU started their season by dropping 15 of their first 17 games before wrapping up their regular season in respectable fashion by winning 5 of their final 12 games, all of which came against Big South Conference opponents.

The slow start was not to be unexpected however as it has been apparent from the season’s beginning that this was to be looked at as a building block year for the team due to the youth of this season’s roster, as well as the insertion of a new coaching staff under a rookie head coach with new coaching philosophies.

Another positive takeaway from the Highlander’s season which has been impossible to ignore has been the development of junior shooting guard and budding conference star, Ayana Avery. Avery, who averaged a team high 14.7 points per game as well as 5.6 rebounds per game, finished the year with two Big South Player of the Week awards and a Big South Honorable Mention selection after finishing seventh overall in scoring in the Big South Conference.

The junior shooting guard also made RU history this season by connecting on 95 three point shots, shattering the previous RU record of 67 three-point shots made in a single season by Patrinda Toney — a record which had stood for 15 years. Avery currently sits as number two in school history for most three point field goals made in a career with 187, trailing only Kylie Williamson’s record of 203, a mark which Avery should have little trouble surpassing in her senior season with the team.

Another player who managed to make a name for herself over the course of the season has been redshirt freshman center Rachael Ross. In her first year of action Ross finished with a team high 5.8 rebounds per game and led the Highlanders with a team high 32 blocks this season, the biggest of which came during a late game thriller over Gardner-Webb in which she denied a game tying shot attempt to preserve the RU lead and eventual victory.

Ross also led the Highlanders in field goal percentage this season after finishing her year shooting an outstanding 53.8 percent from the field, a mark which proved to be efficient enough to give her the fourth best field goal percentage in the Big South Conference among players who have played in at least eight games. Ross will surely be looking to build off of this season’s success as she moves forward in what appears to be a promising career for the young center.

While the youth of the team has proven to be tough to overcome at times, it will also prove to be critical to the future success of the Radford Women’s Basketball program. The team will be returning nine of their 10 core players next season, with graduating senior point guard Breshara Gordon being the lone exception. Although leadership will surely be lost with the departure of Gordon, RU will have that much more experience under their belt as they will enter into next season with four returning seniors including Ayana Avery who appeared to take on the leadership role for this year’s team as a junior.

Between the gathered experience of this team’s returning core as well as the increased familiarity with Coach Mike McGuire and his coaching staff, it is hard to imagine that this team has anywhere to go except for up next season, which looks to be filled with promise. 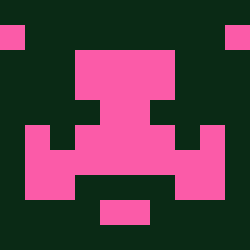 Latest posts by TonyParsons (see all)