RU was originally an all women’s college until men were allowed to attend in 1972, so there is plenty to celebrate and look back on during Women’s History Month.

The department of Women’s Studies hosted most of the events including a three day Progressive Women Conference, which included women writers and women in literature.

There were a number of presentations by RU students and faculty, which included pieces about women who fought for social freedom through literature. The presentations also discussed female characters and writers who stepped outside of societal norms and marital customs to seek independence.

“I thought the conference was so interesting and empowering in how each person read their interpretation of feminism and empowerment,” RU women’s studies senior Alyssa Chambers said. “I’ve written many papers about many different groundbreaking women and I found these to be insightful coming from other students and peers.”

Another event that celebrated Women’s History Month was the nationally known play “The Vagina Monologues.” This play was an important event that sparked a huge buzz among students on campus.

The anticipated “V-Day” took place over the course of three days in the Bonnie auditorium and brought large crowds of students to see the exciting and highly eccentric event.

Five women, including senior Kirstyn Montgomery, stood on stage and told stories all involving every woman’s favorite body part. The play was both comedic and highly enlightening.

“It was a little awkward at first. I thought that maybe I shouldn’t be here,” RU sophomore Adam Vorhees said. “I had never realized how much women go through when it comes to their bodies, and I have a much better understanding now.”

Another big event that occurred during the month of March was a women’s poetry slam which invited poets and enthusiasts to recite poetry about women. Participants had the option to recite a poem by their favorite female poet or recite poetry that celebrated women.

Poems that were recited included those by famous female poets such as Emily Dickinson, Sylvia Plath and Hilda Doolittle.

The event drew in an intimate crowd and each speaker had the opportunity to recite more than one poem. Overall there was a great turnout and it gave first time poets opportunities to showcase their work.

Also in attendance at the poetry slam was Paula Daggard, a former RU student and now retired high school English teacher. She was excited to see the students who came out to read famous poems and to recite their own.

“I was very pleased to see the students reading poems from some of my favorite female poets and authors,” Daggard offered. “It’s nice to know they are still appreciated and honored.” 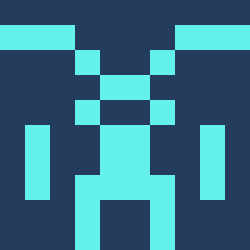