After a successful season in which Radford University Men’s basketball head coach Mike Jones took Radford to a second consecutive Big South Championship game; Coach Jones has been handed a contract extension for three more years (until the end of the 2024-25 season).

Before taking the head coach’s position with Radford, Coach Jones was an assistant coach for numerous teams, most notably was his time with VCU. It was there (in VCU) were Coach Jones was part of VCU’s impressive run to the Final Four of March Madness in the 2010-11 season.Coach Jones was given a contract extension in 2018, but after a superb season as head coach for the Highlanders, he was offered another contract to keep him on board for a few more years.

Coach Jones has been Radford’s head basketball coach since 2011. Since then, Jones has led the Highlanders to 138 victories which makes Coach Jones the third all-time winningest coach in program history. He has also led Radford to two consecutive Big South championship game appearances (2017-18, 2018-19) as well as the programs first-ever NCAA March Madness Victory over LIU Brooklyn.

Some of his honors include 2017-18 NABC Coach of the year as well as the Big South Coach of the Year in the 2017-18 season. He has also taken Radford to four winning seasons, meaning that they got more wins than losses in a season.

Before taking the head coach’s position with Radford, Coach Jones was an assistant coach for numerous teams, most notably was his time with VCU. It was there (in VCU) were Coach Jones was part of VCU’s impressive run to the Final Four of March Madness in the 2010-11 season.

This impressive record was enough to see Radford share the Big South regular-season championship with Campbell University and it also gained Radford the second seed in the Big South playoffs.

Radford made a good playoff run by making it to the final for the second year in a row. The Highlanders beat Presbyterian in the quarterfinals, Charleston Southern in the semi-final, and in the final game of the tournament they came up short to Gardner-Webb.

In the 2017-18 season Coach Jones achieved a school record of 23 wins in a season. In that same season, Coach Jones became the third coach in Radford’s history to reach 100 wins as well as picking up the Continental Tire Las Vegas Classic title.

It’s safe to say that Coach Jones has left his mark in Radford Basketball history and with this contract extension Coach Jones is surely ready to keep building onto his legacy here at Radford University and keep on developing the championship mindset that the Radford community wants to see. 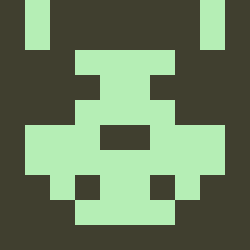