President Penelope Kyle was sworn in as Radford University’s first female president in 2005. Under this presidency, the sixth for Radford, Kyle has helped create the school’s first doctoral degree programs and has implemented many sustainable living programs. Since then, Radford has been cited four times by the Princeton Review’s Guide to Green Colleges since its inception in 2010.
Now, President Kyle’s contract has been expanded for another five years, according to RU’s News and Events page. The achievements under her administration include the new College of Business and Economics (COBE) center and the in-construction Fitness/Wellness center, and the Center for the Sciences. New dorm renovations like those in Madison, Jefferson and Washington have brought nearly $300 million dollars’ worth of renovation and construction to Radford University, as well as improvements that gave Jefferson and Madison to LEED certification, which denotes practical work in green design, maintenance, and operation. These marked steps towards sustainability do much to brand Radford as an environmentally-friendly campus, something that is to the credit of Radford’s scenic area.

Coming from a long history of business success in various organizations, President Kyle has done well in opening Radford to larger communities and improving its reputation. The Radford public transit system, which was co-sponsored by RU and allows students to ride free with their IDs, and the Dalton dining hall renovations, which gave a much-needed overhaul to an area that many new students rely on, have all been developed due to Kyle’s guidance. (Some students say the food now tastes better, too, although this is difficult to evaluate scientifically.) According to records, President Kyle may bring Radford up to a student body of 10,000 in coming years- something that has never before been achieved in Radford’s history. She brings, with her business expertise, great change to Radford University, but with a rising salary and benefits, some students and staff have conflicting feelings. Students, especially those who struggle with student loan debts, have some resentment when it comes to the administration.

Some complaints surround the wages that President Kyle is paid, or her ‘automobile allowance-‘ $1500 through the Radford University foundation, Inc. in addition to a vehicle provided by the foundation. She also received a $1M bonus, agreed upon in 2009, according to the Board of Visitors.

“I know she does a lot of work, but honestly, it still isn’t worth a one million dollar bonus,” he said. “Now, maybe a hundred thousand or so, but one million? Why don’t we give her a year’s tuition?”

With tuition rising, or threatening to rise, throughout Southwestern Virginia, it is difficult for many struggling students to see the demands and wages of high-ranking university administration as just. Students complain about what they see as greed on the part of the University, although by and large it is standard fare for University presidents to make a fair bit of more money than your average undergrad or even faculty member, even if the professor in question is tenured. This practice is occasionally controversial (opponents believe the president should only be paid as much as the highest-paid tenured professor) but this practice is widespread in business, as well.

Like anyone in any University life in general, administration deals with reputation issues and public grief. Whether or not students and faculty approve or disapprove of President Kyle, we try to come from a standpoint that is as well-informed as possible, and to acknowledge the good with the bad. 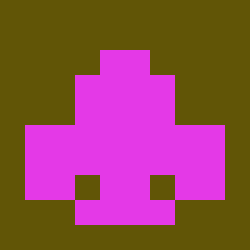