RU’s paintball team placed 23rd out of 245 total teams in this year’s NCPA National Championship in Lakeland, Fla., on April 11, beating schools like JMU, Liberty University, and Texas Tech for the position.

During the tournament, RU’s team was never shut out — winning at least 1 of 3 five-minute rounds in every match they played.

The team made the championship after placing 6th at a qualifying event last September at Liberty University.

This is the teams’s first year competing in the National Collegiate Paintball Assocation’s sponsored events, making the opportunity to compete on the national level even more gratifying.

“Of the top five teams that qualified in the Liberty event, three were single-A teams, a whole division above us,” said Philip Lataille, a junior physics major and captain of RU’s paintball team.

The team consists of 15 players, eight of which made the 14-hour drive to Florida for the championship, including Lataille, his co-captain Tanner Williams, and players Josh McPherson, Tripp Lewis, Brandon Hunt, Nick Houck, Erik Gaynor and John Lingefelter.

RU plays a type of paintball called speedball, a fast-paced game played on a relatively small field covered in strategically placed bunkers. In speedball, teams of five players use aggressive strategy and teamwork to eliminate their opponents in order to capture their flag.

The team left for Lakeland on Thursday, April 10, driving two vans over 700 miles to compete in the national event.

“We actually did really well (at the event at Liberty),” said Lataille.

The team has prepared for competitive play since starting in 2012, practicing mostly at Liberty University.

Since the ‘70s, paintball has skyrocketed in popularity, emerging as a professional sport in the early 2000s and building a multi-billion dollar industry in its wake.

“One of the coolest things about paintball is anyone can play,” said Lataille.

He went on to talk about how many paintball events are built around charity, some even being started by combat veterans to raise money to benefit the Wounded Warrior Project. 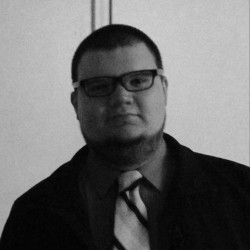