Obesity is a problem affecting people worldwide, and RU is taking strides to help combat this growing health concern by offering healthier eating options and places to exercise.

According to findings on the World Health Organization website, the U.S. ranks ninth in the world of obese countries, and Virginia ranks 32nd on the list of fattest states in the nation; clearly, there is a problem not only in the world, but in this state as well.

RU offers different dining options at different places around campus, but according to the students, they aren’t doing enough.

“As far as food choices, I think that they could do a lot better. Sure, they have Wild Greens, but mostly fast food. I think they could do better on offering healthier choices,” RU freshman Taylor Miller said. “I think that the school is doing enough as far as giving the students the use of two gyms and a weight room on campus and the new gym that should be opening in the fall.”

“I like the fact that some of the places here offer gluten-free items on their menus for those that are allergic to it, or for those that are just trying to avoid eating it. I also think that RU is providing enough to do as far as exercise is concerned with a weight room in one building and two gyms. Plus with the weather getting to be warmer I’m sure that there will be more students out walking and exercising,” RU freshman Dylan Price said.

Sophomore Mike Boland is enthusiastic about a healthy lifestyle.

“You can be physically active here if you really want to be. I only see that the school isn’t really doing anything to promote it. They have salads at Wild Greens and fruits you can buy, but it isn’t being promoted.”

Boland also said that he would like to see something on a sign that shows what the correct portion sizes are, or to even have nutrition facts on signs to help promote a healthier lifestyle.

New River Grille House head supervisor Tara Woodyard begs to differ. “We have healthier options on our menus. There are at least three choices on our menu every meal, and if you have allergies or are vegan or vegetarian and you don’t see something that you can eat, just ask the chef and they will get it for you.”

Each of the healthier items are marked on the dinner menu with a symbol saying “Balanced.” This symbol is also defined in the bottom right hand corner, saying that Balanced U Healthy Choice Menu Option Contains: (Entrée and two sides), less than 800 calories, less than 15g fat, less than 150mg cholesterol and less than 1,200 mg sodium.

The daily intake of cholesterol should be less than 200 mg, calories should be 1200 or less and sodium should be under 1,500 mg a day, according to the American Heart Association. Many are consuming more than the recommended daily amounts and this is leading to health problems including obesity.

Head Chef Art Mook said, “We have the full service salad bar and also the wrap station which we feel provides an alternative for the foods that might be more calorie dense. Also in our Nourish station we have foods that are always prepared from scratch and typically are lighter fare.” He also stated that the entire station of Nourish is gluten free to accommodate those who have allergies and those who are trying to avoid it altogether.

“We also use alternative methods of cooking the foods in the Nourish station, such as baking rather than deep frying or breading and you will find fresh vegetables that are roasted or grilled,” said Mook.

Mook said that about twice a year they will put up a survey question on the Dine On Campus website and they look at the results of those surveys to try to adjust their menus accordingly. 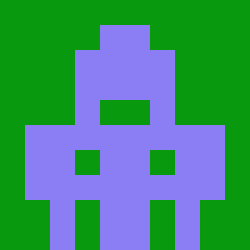 pwright21
I am a Junior at Radford University just beginning my adventures in Journalism. This is a learning process for me and I am totally excited to be working with this paper!

Latest posts by pwright21 (see all)