The season came to an early end for the Highlander men’s basketball team at the Big South tournament. Radford was not going to exit the tournament, however, without one last glimpse into the progress and chemistry garnered throughout the season.

The first obstacle in the tournament came by the aggressive play of Liberty University. Radford used a flurry of big-time plays from star forward Ed Polite Jr., along with smart guard play from Justin Cousin and Christian Bradford to pull ahead late in the second half to overcome the Flames—and past tournament woes—56 to 52.

The game began unlike most for the Highlanders, as a hot start propelled Radford to a lead that would not be chipped at until late in the game. The height of the lead reached 10, as Radford began to show signs of sealing the game with seven minutes left in the second half. As always, Liberty had to continue the tradition of playing Radford close, firing off nine straight points to cut the Highlander lead down to one.

The flurry was followed by four minutes of sloppy basketball by both teams, as neither could get the lid off the basket. A Radford three-pointer looked to put the game away, before Liberty stunned the crowd with back-to-back three pointers to give the Flames a 49-47 lead with 1:50 to play.

When the season looked to be at its brightest, there was one man standing in the way of Radford extending this feel-good moment: Chris Clemons. The 5’9 guard from Campbell University was coming off of a 51-point game, and clearly was still out for blood against the Highlanders. A 33-point performance in this game lifted the Camels over the undermanned Highlanders.

After Ed Polite Jr., and Chris Clemons traded the first two baskets, the Highlanders missed an abysmal 15 of their next 16 shots. While Radford got colder, Campbell got hotter from the field, as Clemons scored 17 of his teams first 27 points. The rough shooting performance didn’t phase the Highlanders too much, capping the end of the first half with a 7-0 run to cut the lead to three at the intermission.

Cousin started the second half off with a bang, making a three pointer to tie the game for the first time since it was 0-0. Unfortunately, as momentum seemed to be at a high for Radford, Chris Clemons again stripped the hope away from the Highlanders. Campbell used 11-0 and 11-2 runs fueled by Clemons to pull away and end the season for the men’s basketball team. 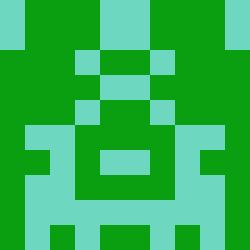