Pop-punk band, Broadside was formed in Richmond, Virginia back in 2010. In 2015, the band produced their first album ‘Old Bones’ featuring the hit track ‘Coffee Talk’ which gave the group much attention.

Broadside was then listed as one of the 100 Artists You Need to Know in 2015 by Alternative Press. The band includes members Oliver Baxxter, Dorian Enrique, Patrick Diaz, Domenic Reid, and Jeff Nichols.

The band has shared many stages with other pop-punk bands like State Champs, Waterparks, and has been on Vans Warped Tour of 2015, 2016, and 2018. They will be touring this year besides the band With Confidence, Sleep On It, and Small Talks whom all have the same genre of music and vibe of Broadside.

Some of Broadside’s classic songs like ‘Coffee Talk’ and ‘Paradise’ will be played live alongside some of their calmer songs for instance ‘I Love You, I Love You. It’s Disgusting’. It has been rumored that Broadside and With Confidence will be sharing the stage together for one or two songs.

This is the first time that the two bands will be touring together. Broadside has always treated every hometown show differently and special.

Their album ‘Paradise’ has been one of their most debated albums on whether if it is their best work or not. However, Broadside doesn’t really care about that as Baxxter says in an interview with an online magazine, stating that it is one of their most meaningful albums and more out of their comfort zone.

The album deals a lot with change and acceptance as the band themselves. It starts off with a heartfelt song ‘Hidden Colors’ which shows off Baxxter’s voice in the best way, this song describes what Broadside is as a band and the whole album overall.

The song ‘Paradise’ is about chasing dreams and becoming who you want to be. This is personally one of my favorite songs off the album because it’s what I believe in. Passion.

While Broadsides: Paradise album has a lot of memorable song’s, ‘Miss Imperious’ stick’s out the most because it’s funny to sing along to as it’s the band’s most nonstrategic way of a catchy song. The album comes to a close with a cute heartfelt song ‘I Love You, I Love You. It’s Disgusting’ as Baxxter is singing softly with a ukulele.

If you like pop-punk with a bright touch, ‘Paradise’ is the album that you’d enjoy. It has a summer vibe; but there is more to that as the album also hints about dealing with anxiety, yet pops it off with a bop.

With the fall tours announcing Broadside, it’s a must see live. The Love and Loathing in Paradise tour will take place in Richmond, VA Nov. 28 at the Canal Club. 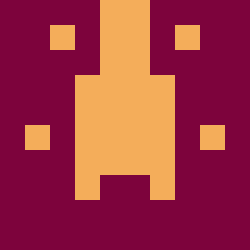