Over the summer I saw the movie “Divergent” with my friend and sadly, I was not impressed.
I felt that this movie was an effort to steal money from teenagers and was a blatant copy of “The Hunger Games.” It was also, in my opinion, just too long and dragged out.
The movie contains a female protagonist, dystopian world where people are split up into different factions, with a corrupt central government, male love interest and you get the point.
Unfortunately, where “The Hunger Games” was exciting and refreshing, “Divergent” was dull and stale.
Shailene Woodley is a great actress normally, but even she could not save this blatant cash-grab of a film. This movie also starred Kate Winslet which shocked me because of how C-rated it was.
The characters are so one-dimensional in this story, it is difficult to empathize with any of their struggles. For a movie to truly work, you have to some kind of attachment to the characters and “Divergent” does not provide this.
The action scenes in this movie were incredibly dull, but the movie is PG-13 so I can kind of understand that part. “The Hunger Games” was able to mesh dynamic action scenes with a PG-13 rating, but “Divergent” seemed unable to find that balance.
Honestly, if you liked “The Hunger Games” then there is no need to watch “Divergent.” If you did not like “The Hunger Games” there is definitely no reason to see “Divergent.” So yes, save yourself time and money and stay away from this film.
Also, they are releasing two more movies in this series and unfortunately we will all have to suffer for a couple more years.
By: Celine Donohue
Download PDF 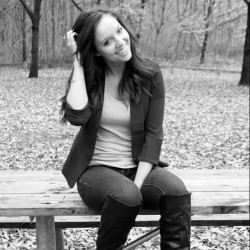