Let me explain first that I wanted to see IT Chapter Two because of the trailer.

However, most of all, I just wanted to see the scene featured in the trailer of the old lady jumping around her apartment. I was not disappointed, but if you’re looking forward to an extra hilarious scene of that old lady, you pretty much already saw it in the trailer.

This movie isn’t the type of film to watch on the couch at home in the middle of the night. This movie was meant to be seen in theaters and enjoyed with other people.

As someone who saw the original movie and is an avid Stephen King fan, I would say IT Chapter Two had compelling storytelling; however, it doesn’t have the charm of Chapter One.Overall, this movie brought out the scary, the weird, the funny and the power of friendship, and that’s something that wouldn’t be fully appreciated if you just stayed home and watched this on Netflix by yourself. This movie dug out the weird creatures that the first chapter brought out a handful of times.

This movie went all out on its weird CGI characters. There were scenes where my mouth was agape, and the patrons of the theater were yelling confused profanity at how bizarre it was. It’s slightly to be expected because the creature, IT, is a shapeshifter.

There’s also a lot of awkward tongue activity towards the end of the movie and stabbing throughout. I was uncomfortable, and that’s something to be noted.

As someone who saw the original movie and is an avid Stephen King fan, I would say IT Chapter Two had compelling storytelling; however, it doesn’t have the charm of Chapter One.

I thought the references to Stephen King were an excellent tip of the hat to the mysterious horror universe that he created. But if you have no experience watching or reading Stephen King, you may think this is just a cluster of random material thrown into a movie.

In terms of cinema, I think the CGI was apparent, but it wasn’t overbearing. The creators had their hands full, creating all the weird creatures.

I believe everything was well-paced, but certain characters debatably should’ve gotten more screen time, such as Mike.

The flashbacks between the older and younger counterparts were very casual. I thought it was interesting how they wanted to add more depth to some characters.

I wish I could’ve read the original story before seeing the movies, but that book is too thick to try and cram in with this review, so I could tell you whether some of the detailed elements were well-placed.

For example, I didn’t like how they placed more significance on the characters’ scars. There was a moment where one of the characters felt pain through his scar, and I thought Harry Potter pretty much had that copyrighted. 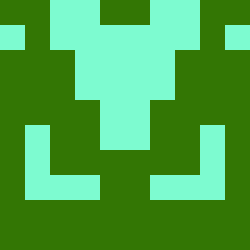 Overall, I liked this movie, but it just had a lot of weird, scattered content to frighten the viewer. If you are not open-minded or educated in the unique content of Stephen King, then this may not be the movie for you.

This is not a first date movie unless you feel comfortable with them. I would recommend seeing this movie on a fun weekend night with close friends!