On the weekend of Sept. 19, I attended what I believe to be a historical event on the Radford University campus known as, The Bigger Picture March and Rally.

The turnout for the event was quite pleasing, to see so much support in one area truly made me have a different fondness for Radford.

While attending the event, I saw a magnificent array of posters, a few being cute little supportive memes, and others being outspoken pieces of art.

Although the event took place during a global pandemic, the organizers and faculty members ensured to adhere to the state mandate of social distancing. The host made sure to promote social distancing and wearing a mask as well, and if you didn’t bring one of your own, they provided one.

While at the event, I interviewed a few organizers and supporters who participated in the peaceful protest. Sadly, no anti protesters showed up to the event, so I could not obtain an interview.

While at the event, I interviewed a few organizers and supporters who participated in the peaceful protest.

Catching Devante Mosley, a junior in media studies with a concentration in production tech here at Radford and one of the event organizers, a few hours before the March took place, I asked him a series of questions.

His comment was one of a true leader and awe-inspiring, and even with the derogatory statements regarding the gathering, he still spoke with confidence about the occasion.

I then spoke with Ty Davis, a sophomore at Radford University and the current President of Radford University’s The National Association of the Advancement of Colored People (NAACP). My question was she surprised when the backlash began?

Davis said, “Yes and no, so the severity of it with the threats, that did surprise me because we’re coming here to do something positive and you’re reaction was hate. The other statements not really I already knew what the perspective being at a school in Southwest Virginia on a PWI campus, I already knew what to expect.”

Davis’s response would not be surprising itself, like she stated, being in a predominately white institute and area, the backlash was bound to happen.

Davis’s response would not be surprising itself, like she stated, being in a predominately white institute and area, the backlash was bound to happen.

Once the event ended, I was able to speak with Sydney Jackson, a junior and a member of Radford University’s Diversity Awareness Programming (DAP). Sydney came out to the event to show support and help with the March as well.

Seeing her present, I asked her what was the purpose of this March for you?

Jackson said, “To let the student body, Radford University, and Radford as a whole know that we’re here and that Black Lives Matter on Radford campus, and that they matter all over the world. I feel like we have consistently we were trying to say this over and over, and we came to a breaking point. With quarantine and George Floyd, Elijah McClain, and Breonna Taylor, it was just too much.”

Her statement spoke volumes and utter passion, resolve, and determination for justice and change.

I interviewed Dr. Frank Napolitano, Associate Professor of English and Coordinator of the Graduate Teaching Fellows Mentoring Program at Radford University, a participant of the Wall of Moms.

My question for Dr. Napolitano: as a faculty member of Radford University, how did you feel about coming out to support the students?

Dr. Napolitano said, “I wanted to be here, and I think students must get out and stand up for what they believe in … to speak their truth and to advocate for not only their rights but each others’ rights as well.”

I agree wholeheartedly with his comment and feel even more comfortable as an African American student with our faculty members.

The administrators, faculty, and staff members’ support was astounding. It honestly makes me proud to be a Highlander. 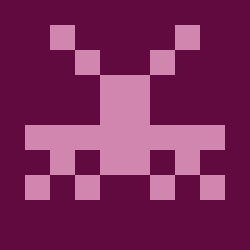