Making Equal Space was presented on Thursday, December 1, 2016 at 7:30 p.m. in the Albig Studio Theatre in Peters Hall by the College of Visual and Performing Arts, the School of Dance and Theatre, and the Scholar Citizen Initiative, which partly sponsored this work. To begin the evening’s performance, director and professor, Amy VanKirk, introduced the background of how this creative work took form. According to both VanKirk’s introduction and the program notes, this work based on the book Hidden Figures: The American Dream and the Untold Story of the Black Women Who Helped Win the Space Race by Margot Lee Shetterly

According to VanKirk, the dancers read, discussed, and wrote about the book in addition to creating movement, which was influenced by their responses. Additionally, VanKirk mentioned that this piece is also a part of a collaboration she is working on with the NASA Langley Research Center.

The cast included Trezure Coles, Sarah Danaceau, India Edmonds, Morgan Evans, Stephanie Frehn, Isabella Gordineer, Sarah Kelleher, Tabitha Kirk, Madison Little, Katie Meeks, Keagan Vickers, and Cassie Williams. The costumes resembled outfits of the time period. The first piece was Prologue with music by Hans Zimmer. The full cast of dancers was in this piece and began with the dancers walking across the stage and speaking with each other. There was also spoken word, which was quotations from Hidden Figures by Margot Lee Shetterly, to give background information about how the mathematicians in the book helped revolutionize where the prospects for the nation were headed. The music was strong and the dancing complemented it with movements symbolizing resistance. Additionally, the dancers emoted a sense of frustration. When their movements transitioned to running, it showed their strength, especially when they fell, but stood back up and held hands together.

Between Prologue and the next piece, Connections, was an Interlude with Sarah Danaceau, Stephanie Frehn, and Sarah Kelleher. In Connections, there was a trio including Trezure Coles, Sarah Danaceau, and Stephanie Frehn. The music was by Jóhann Jóhannsson. The dancing and music was rhythmic. At times, the music invoked the sounds of computers beeping. The next Interlude involved Trezure Coles, Madison Little, and Cassie Williams. Struggle was the third piece in the work and was to music by Ryan O’Neal. The dancers were India Edmonds, Isabella Gordineer, and Sarah Kelleher. There were several interesting moments in this piece. The next Interlude was with Tabitha Kirk, India Edmonds, and Keagan Vickers.

The fourth piece was Resilience with music by Nathan Lanier. The dancers included Tabitha Kirk, Keagan Vickers and Cassie Williams. This piece suggested an atmosphere of support among the dancers, especially when one of them leaned and the others supported her. Femininity and bouncing back were key artistic elements in addition to always having support in this piece. Next was We Choose The Moon with Katie Meeks and then another Interlude with Morgan Evans, Isabella Gordineer, and Katie Meeks. Proving Their Existence, which was to music by Mychael Danna, was the next piece. The dancers were Morgan Evans, Madison Little, and Katie Meeks. The dancers represented a sense of togetherness in this piece.

The final piece of the evening was Epilogue to music by Yoann Lemoine. The full cast of dancers performed in this piece and the spoken voice was spoken by the full cast. In this piece, the dancers were all wearing black costumes. Their dancing was passionate and presented a sense of unity, which was an amazing finish to the evening’s dance performance.

After the performance was a question and answer session. The dancers and the audience were able to engage in thought-provoking ways to learn more about the dancers’ thoughts and experiences about the work in relation to it’s development and significance. 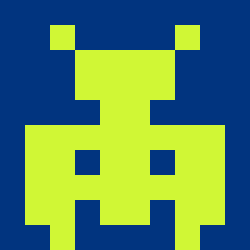