Hustlers is a movie that promises a lot with its creative premise and all-star cast but ultimately falls short in a key area.

Based on a true story, Hustlers follows the story of Destiny, played by Constance Wu, who tells the story of her life as a stripper, or rather, as the girls in the film call it, a “dancer.”

Destiny, the rookie of the dancing crew, is taken under the wing of the one and only Jennifer Lopez, who plays as the leading dancer, Ramona.

Destiny’s character is very likable and relatable. The majority of the audience should be able to connect with her and her challenges in life.

Ramona is the fireball of the bunch and the ring leader in all of the “hustling.” She is sassy, intimidating, and plays by her own rules. However, she also gives off a maternal vibe by always caring for those most important to her.

Destiny’s primary motivation behind her career is to support her grandmother at first, but throughout the film, she develops a sense of confidence and takes a liking to what she does.

Her character is very likable and relatable. The majority of the audience should be able to connect with her and her challenges in life.

The film takes place in the economic recession of 2008 when money has become scarce. The crew of dancers joins together to find a way to earn money in a broken society.

Ramona comes up with an idea to hustle the men of wall street by creating a drug concoction that keeps them sober enough to sign their name but drunk enough that they don’t remember anything, in which they then robbed the men of all of their money and dignity.

The women can keep the “hustling” on the down-low because they know their clients would not admit to a night at a strip club.

The women don’t necessarily see their actions as wrong or immoral. Instead, they believe their actions are justified because the men they are targeting are cons and could even be classified as hustlers themselves; therefore, the women feel that they get what they deserve.

Many would assume that with this kind of cast, the movie would be out of this world, but it fell short of my expectations.

The film captures the rush of the women who break the law, use men, and make money. The film has a significant theme of female empowerment, making it an excellent film to go and see with the girls.

Another outlying theme throughout the movie is always standing by those you love, no matter the consequences.

There are tons of iconic actresses throughout the film, such as Cardi B, Lizzo, Keke Palmer, Lili Reinhart, and more.

Many would assume that with this kind of cast, the movie would be out of this world, but it fell short of my expectations.

The plot is not very present throughout the movie, and when it is, it is very cliche and repetitive.

Obviously, with the movie revolving around stripping and the lives of strippers, there is a great deal of nudity throughout the film. Drinking, smoking, and doing drugs all frequently appear as well. 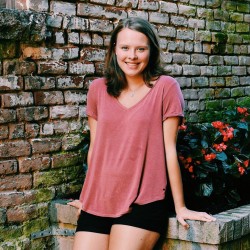 Taylor Poff
Hi! My name is Taylor! I am an English major at Radford University. I enjoy being outside, reading, writing, and playing guitar. I love spending time with people and experiencing new things.

I had high hopes going into Hustlers, but they were sadly let down. With big names like Jennifer Lopez and Cardi B, I expected a lot more out of it. The plot is not very present throughout the movie, and when it is, it is very cliche and repetitive. However, it’s a fun movie to see with the girls and has a decent message of sticking together through thick and thin.