Do you know how much time you spend on your phone each week? Well, there is a way to figure this out if you have an iPhone.

Most college students are always connected to their phones, whether that be on social media, listening to music, or looking up answers to quizzes; it typically seems that students spend most of their day on their phones, and iPhones now can track all of that using what they call “screen time.”

We always hear that students need to spend less time on their phones, but what is the correct amount of time to spend on it?

No one knows the right answer to this question, so we’re left to figure it out ourselves.

According to my iPhone, the amount of time I spent on social media this week was 16 hours and 28 minutes, and I picked up my phone 550 times this week.

My total screen time was 40 hours and 56 minutes this week.

To find this out: go to the iPhone settings, scroll down to the second list, and screen time will be the last on that list.

The icon for screen time is purple and looks like an hourglass. Click “see all activity,” and you’ll be able to see all your activity for that week or day.

I thought I would see what other college students’ numbers looked like compared to mine and see what they spent the most time doing on their phones.

I asked them how much time they spent on social media, how many times they picked up their phone, and their total screen time.

Junior Caryssa Taylor said she picked up her phone 408 times and spent 14 hours and 42 minutes on social media this week.

“That’s is a lot less than I thought it would be. I feel like I’m always on my phone,” Taylor said.

Junior Faith Galloway said she spent 39 hours and 32 minutes on social media, picked up her phone 741 times, and had a total screen time of 63 hours and 19 minutes in one week.

So it would seem that Social Media seems to be where most students spend most of their time. Apps like Twitter, Instagram, and Snapchat keep students occupied in class and when they get bored.

It’s understandable why that’s how students spend most of their time. In this day and age, Social Media is how we keep up with what’s trending and post what we’re doing every second.

If you think you spend too much time on your phone, I have some suggestions on how to lower your screen time.

First, you can set an alarm to tell you when to get off your phone.

Second, turn your phone off during certain times of the day.

Third, delete some of the apps you spend the most time on so you will not be able to use them.

According to a study from Provision Living, the average American millennial spends 5.7 hours a day on their phone, and one-third expected the time to be lower. So, be careful before you think you aren’t spending that much time on your phone.

How much time do you spend on your phone? Did you think it would be as much as it is? Comment below and compare your times.

Check out other editorial articles on The Tartan. 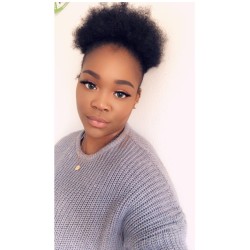 Jasmine Singletary
I'm a Radford University Senior and my major is Journalism so, I kind of like to write.

Barbering from a Woman’s Perspective

Campus Commuter on Advantages and Disadvantages

Impact of Black President at PWI