Due to concerns from the Consumer Product Safety Commission and guidance of the Virginia State Police on the safety of self-balancing electric wheeled boards, the Radford University Office of Emergency and Preparedness and Safety, in consultation with the university’s Risk Advisory Committee, has decided to prohibit of the respective devices all university’s buildings and grounds.

With the ban in effect, “hoverboards may not be used on university grounds, or charged or stored in any RU-owned, operated, or managed building. This restriction applies to all employees, students, volunteers, employees of affiliated organizations paid through the University, and visitors,” the Radford University administration announcement said.

Other universities have banned or restricted hoverboards on their campuses as well arguing that the motorized two-wheel scooters are unsafe. Despite the risk of falls and collitions, several hoverboard users have reported their gadgets caught on fire either while using them or charging them. This represents a risk not only for the people that use them, but for the general public as well, due to potential risk of a causing a fire inside a building.

This issue has brought some controversy to the Radford community, especially among students. Some students thought the ban was necessary and were happy the ban was imposed.

“These boards are just catching on fire randomly without warning, and we do not want that in our campus,” Amanda Ferrari-Souza said, a Radford University student majoring in criminal justice.

Meanwhile others (especially hoverboard users) were disappointed with the news.

“Oh dude! I was super bummed when I heard about the news, what am I gonna do with this baby now?,” Mikiyas Yilma said, a a management major and hoverboard lover.

Besides colleges, the devices have been prohibited in several large U.S. airlines, citing potential risk of fire danger from the lithium-ion batteries that make them move.

The devices have also been prohibited on New York City streets, and a law enacted in the state of California requires all hoverboard users to be at least 16 years old and wear a helmet in public.

Unless all hoverboard maker companies can get to an agreement to investigate collectively the scientific cause of random fires on their devices, this tendency will continue to expand. We will have to wait and see what will happen with the hoverboard industry in the future. 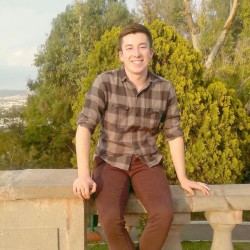