Rewatching the same films and tv shows on Netflix or Hulu can get boring. Luckily, Radford University is shaking things up this month with its 5th Annual Hispanic Film Series put on this year’s Hispanic Heritage Month.

Hispanic Heritage Month is Sept. 15 – Oct. 15. The films are being screened every Monday from 7 p.m. until Oct. 21 in the Hurlburt Auditorium.

Whether they are thrillers, animation, sci-fi, feel good or comedy, there’s something for everyone.

The first film, Everybody Knows, premiered on Sept. 16. The thriller, starring Penelope Cruz, takes the audience on a journey with a family from Argentina who travels to Spain for a wedding.

However, the vacation goes from being relaxing to an adrenaline rush when the mother goes on an intense adventure that unveils many secrets along the way.

If you are more of an animation fan, be sure to check out the film Birdboy: The Forgotten Children, showing Oct. 7.

The film portrays a group of animal friends, each facing a struggle at home, on a mission to escape their island in a post-apocalyptic world. The main character, Birdboy, has additional challenges to face.

The film brings a Tim Burton-like presence to the screen. It’s a perfect combination of weird and inviting that lines up well with Halloween.

But if comedies or dramas are more what you’re into, then take a peek at Truman, showing on Oct. 14.

The film stars Ricardo Darín as Julien, who is visited by his friend Tomas from Canada. Throughout the movie, we see these two share emotional and memorable moments in Argentina.

However, the film isn’t just full of laughter and curiosity. The main character, Julien, deals with a serious obstacle of his own, with a support system behind him.

Finally, there’s Silence is a Falling Body, which is showing on Oct. 21.

This film is about a woman who watches old movies of her father to have a better understanding of what he was like before he died.

Although the film starts slow, it quickly fills with mystery and investigation as the daughter tries to uncover more about her family’s past. The entire movie is shown through a vintage home video style, a quality that also tries to be inviting for the audience.

Whether they are thrillers, animation, sci-fi, feel good, or comedy films, there’s something for everyone.

These movies have also received nominations such as Best Actress, Best First Film, and Outstanding Achievement.

This series is bringing familiar stories that give audiences a break from the many remakes we continuously see. Although Radford University is relatively small, it is home to many kinds of people that may enjoy any of these unique stories.

For more campus events and Radford news, stay connected with your Tartan newspaper.

Photo Credit: (Everybody Knows the movie) 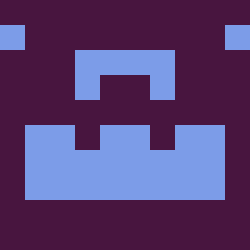