Two friends with the same hormonal disorder have used their diagnosis to spread positivity and support to those at Radford University with the same condition.

Sophomores Emily Berry and Emily Clemente are among the five million women in the U.S. diagnosed with Polycystic Ovarian Syndrome (PCOS).

According to the Centers for Disease Control and Prevention (CDC), PCOS is a lifelong condition affecting women of reproductive age. The syndrome is one of the primary causes of infertility in females. It has been known to lead to type 2 diabetes, high blood pressure, heart disease, depression, anxiety, and other medical conditions.

Although first meeting through a school club, Berry and Clemente’s shared PCOS diagnosis led to their friendship.

According to the Centers for Disease Control and Prevention (CDC), PCOS is a lifelong condition affecting women of reproductive age.

“She had posted something about it around October because it’s PCOS awareness month, and I was like ‘Oh my goodness, she has it,'” said Berry.

Later in the year, when Berry was having a bad week, she decided to reach out to Clemente for support, and the two quickly became friends.

Together they decided that the feelings of comfort and understanding they shared needed to be felt by all women diagnosed with PCOS.

“Man, is it hard. It’s debilitating and affects women our age,” said Clemente, “We wanted women to know they aren’t fighting this alone.”

The support group aims at giving those with the condition a safe place to share and express the feelings they have brought on by the syndrome.

Although support for those with PCOS was the primary purpose for starting the group, they also wanted to create it to educate those who don’t have the condition.

“I just want people to know this is actually something,” said Berry, “We’re not being lazy; we’re not just forgetting. This affects your whole body.”

PCOS, although somewhat common, is tough to diagnose. The symptoms shown with the syndrome can look different in every woman, according to Women’s Healthcare of Princeton.

Although support for those with PCOS was the primary purpose for starting the group, they also wanted to create it to educate those who don’t have the condition.

“You have to actually get an ultrasound for it to be official,” said Berry. “Some women don’t even know they have it.”

The support group for women who have been diagnosed with PCOS currently meets on Mondays through Zoom.

Anyone wanting to learn more or join can contact Emily Berry at eberry10@radford.edu.

“My hope is people will understand that PCOS affects everyone,” said Clemente. “There’s no cure, it’s all symptom management, yet it’s different for everyone.” 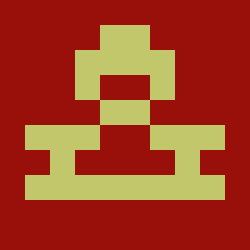