Federal Judge James P. Jones, a Judge in the FISA (Foreign Intelligence Surveillance Court), recently spoke about his life experience becoming a Judge and what moral standards he has to keep all In the celebration of Constitution Day.

The interview was held Tuesday, September 19 in the College of Humanities & Behavioral Sciences courtroom with Dr. Luke William Hunt, a Radford Prelaw Advisor. Dr. Hunt served as a law clerk for Judge Jones before his time as an FBI Special Agent.

Judge Jones then proceeded to talk about his mother and how he never was exposed to lawyers as a child. His mother went to Radford University but never graduated because of expenses.

“Life takes twists and turns we cannot predict, “Jones said. “We do not have to go to the best college for our major but make the most of it.”

Taking that statement and mentioning that he graduated from Duke University he found his life path, and he enjoys every day of it and that even means weekends. It is his life and for other words, a hobby.

Looking back on his life it was Jimmy Carter whom initially nominated him to the Federal court, but Ronald Reagan became the president, and things changed for Judge Jones. Taking 16 years off due to Reagan taking him off the court waiting to the next spot was opened. During that time, he spent six years on the Board of Education, which was enjoyable for him.

Soon after, another spot opened and Jones was then nominated by President Clinton and received a Life Term. Life Term states that he could retire whenever he wanted and didn’t have to go through the voting process. He does see the problem people might have not being able to vote, but he feels he takes every single hearing with wide eyes and open ears ready to give his fair and realistic judgment not saturated by opinions or party affiliation. In politics, Judge Jones is Independent.

Jones constantly thinks during cases, “What is justice?” and how he can provide the justice. He contemplates what the people need, while also being fair and right with punishment.

As they were wrapping the interview, he got to talking about the FISA court, as he is one of the eleven judges picked for this top-secret Foreign Intelligence Surveillance. The FISA court is a creature of the late 70’s. It is used to conduct surveillance for Foreign Intelligence to protect us from threats. Judge Jones has the decision of saying ‘yes’ or ‘no’, and if he believes if they’re ‘good’ or ‘bad’. 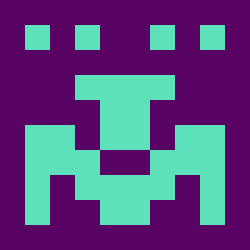