You can feel this band giving all they got and laying it all down for each other to live in fame, success and luxury. However, that is not the case unfortunately.

Every Time I Die was started in the late-90’s by two brothers, Keith and Jordan Buckley. They are a hardcore metal/southern rock band and vary in sound from album to album. Their sound is kind of like grating metal on metal and molten steel: not entirely, though. Jordan Buckley’s graveyard rising of the dead effects pedal, the Big Muff Ram, (probably made in the 70s and costs about a thousand dollars used) is present in most, if not all of their albums. It is part of their signature sound.

This band is kind of a mix between Pantera and Nirvana; they would appeal to perhaps Pantera’s more generically stereotyped trailer park neighborhood audience, and Nirvana’s doctor kid audience who grew up on Sliver and probably weed too.

This is the most underrated band I have ever listened to in my life; their albums are also extremely undervalued. Perhaps known more for their explosive concerts and heading up of Warp Tour, this band though does know how to make an album. “New Junk Aesthetic”, their 2009 release, is mind-blowing, not only in the power of the songs, but of the power of them together in an album. The album nowadays is a dying art.

With the advent of CDs, and, especially iPods, the album’s integrity does not matter; you can skip or download to the only wanted song and disregard the rest. The artist does not have to try hard to make a complete album because he knows he will make just enough money on a one hit wonder. You can “B.S.” albums now.

This album starts off with the gut-wrenching 1-4 chord progression rocker “Roman Holiday”; personally one of my favorite songs on the album. Not many bands can pull off good 1-4 songs, but the ones that I think of that do are, “Something in the Way” by Nirvana and

“Cemetery Gates” by Pantera. You can feel the explosive brotherly fire between Jordan and Keith here; the dynamic duo is fiery, especially on “The Big Dirty” and “New Junk Aesthetic.”  For the record, “For the Record” is the worst song on the album, but really isn’t that bad. “Imitation is the Sincerest Form of Battery” (the last track on “The Big Dirty”) can almost bring tears to your eyes if you know anything about the team work of being in a band.

I recommend this band on vinyl. If a band can make a good vinyl, that means they have God-given talent.

Perhaps one reason Every Time I Die is not so famous is because of their lyrics. Very blasphemous indeed, they may not be as easy to understand unless someone has been keel-hawled by religion. Unforgivable sins and certainly those worse than gluttony are mentioned here; lost hope in ever finding salvation and lost reasons for going on in a religion you want to follow but know will reject you are very heavily versed in the lyrics of Every Time I Die. There is always hope, though; and that is why I recommend this band so much. Give them a chance. New Junk is an old art. 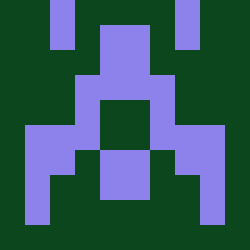