Local artist, Dorothy Gillespie, has her artwork displayed around the City of Radford and on Radford University’s campus this semester. This goes to show that her 100th-anniversary celebration isn’t over just yet.

Gillespie’s 100th-anniversary celebration started last semester. The College of Visual & Performing Arts opened The Dorothy Gillespie Centennial Exhibition to honor and dedicate Gillespie’s works of art. Fans showed up to admire her work. Gary Israel, who is Gillespie’s son, also came to discuss and admire her life, which was dedicated to art.

The University Art Museum at the Covington Center featured Gillespie’s art as a tribute. Gillespie was a former alumnus and professor of Radford University.

From Roanoke, VA, Gillespie wanted to pursue a career in art. Although her parents weren’t too fond of the idea, she enrolled herself at the Maryland Institute College of Art. She later found herself traveling to New York City in 1943 to continue following her dreams and to experiment with different art techniques.

Gillespie started as a traditional artist by painting on canvas. She then became interested in abstract art in the ’50s and ’60s. The ’70s proved to be the most influential years of Gillespie’s career. This is when she finally found her trademark, painting on metal. She would cut and shape metal into “ribbon-like works” and add radiant color to them. This was the beginning of the road to success in her career.

Her work started to get noticed, and before she knew it, her art started appearing in various prestigious locations, including the Guggenheim and Brooklyn museums in New York City and even at Disney World’s Epcot Theme Park. More than 50 pieces of her artwork have been displayed at the Channel Gardens at New York City’s Rockefeller Center.

The 100th-anniversary celebration of Gillespie’s life and artwork also coincides with the anniversary of the 19th Amendment, which granted women the right to vote.

She was also crucial to the women’s art movement in both the Women’s Interart Center and at the New School for Social Research in New York as a lecturer. All before her passing in 2012, she established a foundation, combining her love of art and women’s movements.

While Radford is setting up the colorful, unique sculptures, we have the Dorothy Gillespie Foundation and Gary Israel to thank for loaning us the collection.

You can find one of her sculptures on Tyler Avenue and another one behind the “Welcome to Radford” sign at the end of the Fairlawn bridge. You will be able to view them until June 2020.

More plans are on the way to hold a special event recognizing Gillespie’s contributions.

If you enjoyed this article, check out Covington Shows Art Exhibit Celebrating Dorothy Gillespie On The Tartan. 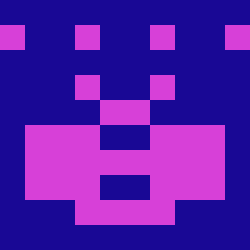