Last year, Dalton Dining Hall was known for one thing: the dreaded “Dalton Dash.” However, with a brand new overhaul and renovation, it seems to be that the only dashing going on is coming from people who are rushing to find out just what is so special about this “new and improved” dining hall.

Before experiencing the new Dalton dining hall, my expectations were already pre-set. I flashed back to a time when bland food was the norm, and the only thing that was really special about the atmosphere was the tacky restaurant signs placed above each of the different stations. Students always complained about the lack of original dishes, and it was an ongoing joke around campus that in Dalton, the only “good food” was served when there was a special event.

When I walked into the newly renovated Dalton, I couldn’t believe my eyes. Large windows opened up to a gorgeous view of Radford scenery that no one even knew existed, lighting up a room full of tables, booths, and a bar style dining area.

Where there were once restaurant style food venues, there was now a series of buffet lines, offering everything from comfort foods in the “Savor” aisle, and italian food in “Crave.”   The food itself has changed, as well, offering daily specials such as mashed potatoes and meatloaf.

In place of what used to be the omelet bar, known specifically for its lengthy lines, there is now an open kitchen setup, where juice, milk, cereal, and waffles are all readily available. For those who are still craving an omelet, though- no worries. Omelets are now made-to-order by a chef at the open griddle, cutting out the hassle of the long lines.

A self-serving sandwich bar has also been added, offering every type of meats, cheeses, and condiments one could possibly want.  This new sandwich bar also proves to be far more efficient then what it was in the past.

Now, the only concern really being raised about the dining hall is the question of seating. With everything spaced out and rearranged, some students are wondering if there is even enough room to house everyone. Because the renovation has attracted so many, at times there is hardly enough seating. For now, the staff have seemed to discover a way to combat this crowd by letting students take their food and eat at tables designated for other venues nearby. So take note: if you go to the dining hall and can’t seem to find a spot, it is okay to bring your food outside of the venue, as long as it stays within eye distance. Just make sure to clean up after yourself when you are done.

Overall, the renovation of Dalton Dining Hall was money well spent. This new dining hall is bringing in more students everyday, and hopefully Dalton’s good reputation will remain as clean as its new interior. 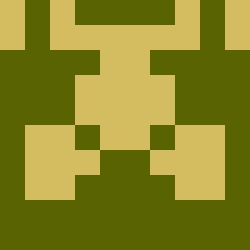