Criminal justice students at Radford University were once again given the chance to showcase their knowledge and skills as investigators during a fire and arson simulation.

The simulation took place on April 5 at 5:30 p.m. in Radford University’s parking lot Z. After arriving students were introduced to the activity by Bruce Bailey of the Radford Fire Department. Bailey then set fire to one of the three chambers in a Virginia Department of Fire Programs’ (VDFP) mobile burn trailer.

As part of the culmination of the Fire and Arson Investigation seminar class taught by Todd Jones ’91, students used techniques and skills learned in class in order to collect and handle evidence and form decisions about the origin of the fire.

“They are very engaged and ready to investigate the scenes,” said Jones ‘91. “They’ve learned what they need to learn throughout the course and ready to apply it.”

Students were divided into four groups and tasked with investigating the origin of the fire in their assigned chamber. Students utilized information in class such as recognizing burn marks and patterns to determine where the fire started and whether or not an accelerant was used.

Throughout the exercise, Jones ‘91 emphasized the scientific method to his students and reminded them that it must always be put to use. The question being the origin of the fire, students would then collect and analyze the evidence to hypothesize the origin.

“Exercises like these are so useful because they’re practical,” said senior Samuel Rogers. “There are fires everywhere so it is a large possibility that I’m receiving training for a job I may do in the future.”

The Fire and Arson Investigation seminar class is open to criminal justice students who have taken and passed the required prerequisites. The class provides students with an idea of what the career of a professional fire investigator is like and the skills needed to conduct fire investigations.

Previous methods for arson investigation training involved burning abandoned buildings utilized by the fire department. Eventually these methods received complaints from the Department of Environmental Quality (DEQ) and Environmental Protection Agency (EPA), among other agencies, due to the production of smoke.

Eventually, Bailey designed the mobile burn trailer as an alternative to previous training methods. There are a total of three mobile burn trailers in the nation, with two of them being in the state of Virginia. The trailers allow operators to set up real-life scenes like living rooms, kitchens or offices and then set them aflame. The trailer then vents the smoke, leaving the chamber safe to be investigated immediately after. 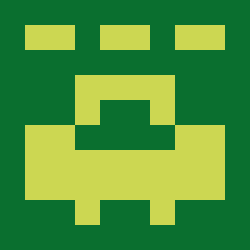