In today’s world, Valentine’s Day is filled with chocolates, candies, cards, and most importantly love. However, it hasn’t always been like this. The contrast from where Valentine’s Day started and where it is now is pretty extreme.

According to History.com, In the year 269, on Feb. 14, St. Valentine was executed by the Roman Emperor, Claudius II. Historians can attest to this fact, but the reasoning for his execution is debated.

Some believe the Emperor outlawed marriage because single men were stronger soldiers than married men. Valentine, who found this unjust, performed secret marriages. When the emperor found out about his secret ceremonies, he was arrested and put to death.

Others believe Valentine was put in jail for helping Christians escape harsh Roman prisons. While in jail, he fell in love with a woman who came to visit him. Before he died, he wrote a love letter to the woman and signed it, “From your Valentine.”

One legend says an aristocrat named Asterius was holding Valentine in custody. While in holding, Valentine explained to Asterius how Christ could lead to truth and salvation.

Regardless of the events that lead to his execution, Valentine was murdered for his faith, becoming a martyr.

During the same era that St. Valentine lived, there was a festival called, Lupercalia.

Lupercalia was celebrated from Feb. 13-15. It was considered the festival of fertility. The festivities included sacrificing goats and dogs, skinning them, then running around town drunk, and smacking people with the animal skins.

One of the rituals consisted of naked women standing in a line to be hit by men. This was thought to make them more fertile and ease childbirth.

By the year 496, the Catholic Church was fed up with this pagan holiday. Pope Gelasius named Feb. 14 the feast day of St. Valentine, or Valentine’s Day, in the hopes that people would forget about Lupercalia, and commemorate St. Valentine.

It took until around 1400 for Valentine’s Day cards to start appearing. The earliest documented letter was written by Charles, Duke of Orleans, to his wife in 1415.

Around 1700, Valentine’s Day appeared in the U.S. but didn’t become very popular until the industrial revolution.

In the 1840s, Esther A. Howland became the first person to mass produce Valentine’s.

Then, in 1913, Hallmark Cards came into the business and made Valentine’s Day into the commercial holiday it is today.

According to a survey done by the National Retail Federation, Americans collectively spent $18.2 billion on Valentine’s Day gifts in 2017; making it the most expensive holiday behind Christmas.

For many, Valentine’s Day is a beautiful day filled with love and appreciation for those you care about. For others, it can be a day filled with yearning for love. If so, then at the very least, you can feel grateful for not having to skin animals or be beaten to increase your chances of getting pregnant. 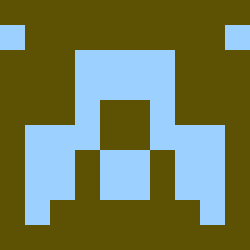