As you walk to class or across campus at Radford, there are a few things that you’re bound to see.

One of these things is someone smoking—whether it’s a cigarette, a Juul, or an e-cig. With this in mind, walking across campus also means walking through a cloud of smoke from one of these devices and having to inhale it in yourself.

E-cigs, especially, are becoming more and more common. Many people I know either have one, want one or have smoked one, and it seems to currently be the “cool” thing to do.

Recently, I see smokers clustered together on sidewalks or in front of buildings more often. I usually have to go around these groups rather than walking straight through. As someone who has never smoked, walking through one of these clouds, smells bad, makes me cough, and can even make my clothes smell like the smoke.

While it is currently allowed on campus, there are several issues with e-cigs that are only seeming to get worse as time goes on.

One of the most significant issues I see with the increasingly widespread use of e-cigs on campus is that while they do not contain tobacco, they still contain nicotine, which makes them addictive. It may seem that the lack of tobacco makes e-cigs a healthy alternative to cigarettes, but they’re not.

E-cigs still contain addictive properties that can make them dangerous to use.

Another issue with the use of e-cigs is that users often put other substances which are much more harmful and not even allowed on campus in their devices, and the odor isn’t similar to traditional kinds of smoking, so it is often difficult to tell what a person is smoking.

The design of e-cigs, while attractive to many users, also means that they are ambiguous enough to smoke various things without anyone else knowing.

Lastly, as I mentioned earlier, e-cigs are annoying and unappealing for non-smokers who have to walk through the “vape clouds” as we are simply trying to get to our destination. It’s also bothersome because It seems that people are getting closer to buildings and they block the middle of walkways while smoking, so walking through campus while breathing fresh air is becoming harder and harder to do.

Overall, I think that there are many issues with e-cigs and other devices on campus. If we take a step back and think about it, it almost seems that there are more problems than there are benefits (if there are any benefits at all).

I’m not saying e-cigs should be banned, but I think it should at least be an option to be considered. Also, the U.S. Food and Drug Administration (FDA) plans to ban the sale of flavored e-cigarettes, and Radford should be a part of that discussion as well. 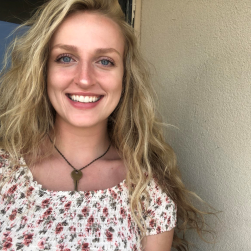 The Four Walls of Quarantine