I recently saw Captain America: The Winter Soldier and was honestly blown away by this Marvel film that I had no prior ideas about, but had heard rave reviews from friends.

“I was literally shaking and on the edge of my seat the entire movie,” said Radford University freshman Olivia Bishop.

Her comments lead me to the theater to see this entertaining and suspenseful movie.

He does have trouble adapting to the new, modern-world he’s living in. Rogers battles a new threat from his old history in this film, the Soviet agent; the Winter Soldier.

This film delivers much feeling and intensity throughout.

Best known for their work on comedies such as “You, Me and Dupree,” no one will question whether or not directors Anthony and Joe Russo are capable of creating an exhilirating action film after watching the Winter Soldier.

Filled with fight and action scenes, the film is truly a Marvel from it’s in-air to underwater fight scenes.  Like Bishop said, it really keeps you on the edge of your seat.

Having trust issues throughout the film, Rogers who works for the S.H.I.E.L.D. agency is not sure his commander, Nick Fury, is telling him everything he needs to know.

This paranoia leads him to an important discovery that S.H.I.E.L.D’s warships would be commanded to spy on the world.

Marvel lovers will appreciate the accuracy and effort this film gives at going along with the comic book stories and any additions or changes made to the storyline benefit the film.

Captain America: The Winter Soldier carries out the continuing question asked in the Avenger films, whether or not being ruled by a single person is best, since we are having problems with our democracy.

It is easy to see that Captain America does not think we should be.

From cellphone surveillance to drone surveillance, the paranoia experienced by Rogers in the film of our modern America is very real to feelings you and I might experience when we hear about the actions of our government.

The Winter Soldier takes a spin on a hot issue today, the cost and meaning of freedom in America.

The execution of this film is fluid and never complicated to follow. There are major ideas questioned in the film but at the end it is a fast paced and action packed piece of entertainment.

The hero, Rogers, learns to be weary of the world today, and aren’t we all? ​ 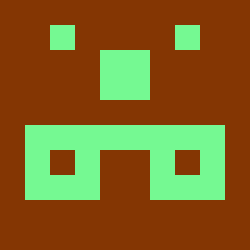