This past Tuesday an event was held at McConnell Library called ‘The Human Library.’ An affair where people from various backgrounds, cities, ethnicities, and even countries came down to share their experiences about memories close to their hearts.

Many brought objects, photos, and videos to express their stories in a better fashion. Some of the media they brought with them were decades old, showcasing how much their memories and experiences had an impact on their lives.

It was a true marvel to be able to witness such a personal and worldly history from people who decided to settle in Radford. From parents to psychologists, to peace workers to military personnel, it was an admiring experience to listen to their accounts.

Merrie Winfrey, a peace worker from the United States that was sent to Mongolia to teach the indigenous folk English and common work skills, also attended the event. She was sent along with others to Mongolia as an effort made by the U.S. to restabilize the cascading economy and uplift the poverty that ravaged the country.

Winfrey tried to aid this noble cause for two and a half years, stating that she taught them the English language and “[Trades] such as tailoring, mining, carpentry, and much more.”

However, Winfrey felt that she learned more from the Mongolian people than they did from her. She took part in their culture, learned the meaning behind several holidays, ate their cuisine, and even took part in the celebration of the Buddhist New Year.

In this poverty-ridden country, she found value where it truly mattered, in its family and culture; Singing to her heart’s content with the nomadic people, decorating their Yurts (which are huts), and taking part in their various customs.

“An experience,” Winfrey said, “that was so much different from the United States culture.”

When asked If she had the chance to re-do it all again, to relive this experience, Winfrey says, “absolutely.”

She said that she was able to make friends and deep connections with people whom she thought impossible. Through the peace corps organization and the ability to make meaningful bonds, she was able to learn more from herself and the Mongolian people. Also, realizing that even though people come from different backgrounds, cultures, and countries, we are all just human.

As I interviewed more people and took note of their stories, I realized she was right.

The parent may be different from a soldier; The same can be said from a peace worker to a psychologist. However, the things that define us aren’t jobs or social status, but the memories we retain and the friendships we make along the way.

Which is the exact case for everyone living, studying, and working at Radford University. Although we are so different and diverse, it’s the connections and bonds we hold that unite us.

So the next time Radford is holding a Human Library event, be sure to stop by. You might just learn a thing or two about yourself. 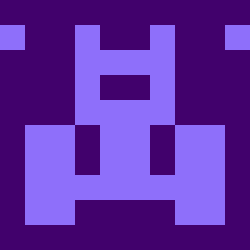