With the recent start of the baseball season and the fans’ excitement filling the atmosphere, several talks of making opening day a national holiday have surfaced on the internet and news channels. As great as it may soun, is it really necessary?

Headed by retired Cardinals legend Ozzie Smith, the initiative has a petition up on whitehouse.gov which already has well above the required signature amount of 100,000. So now President Obama has to consider it, but what are the chances that it is actually accepted?

I spent some time talking to Radford University students about the matter and may have gotten a decent look at how people really feel.

“I think it’s a great idea. Baseball is America’s pastime. It has been around since the Civil War, everyone loves baseball and you play it as a kid! So why not honor the best sport out there?” she said.

“Baseball was the first all-American sport! It’s been involved in so much of our history, through the Civil War and Great Depression. I think it is an important part of who we are as Americans,” she said.

While many students are ecstatic about the idea of opening day becoming a national holiday, there are others who are not so thrilled. When asked what he thought on the matter, sophomore communications major Alex Polk was resistant.

“While it is the nation’s pastime, it doesn’t seem fair to grant one sport a holiday and not the rest,” he said.

I find this reasonable enough, but in my own opinion, I believe that baseball does hold some precedence over other sports, particularly American sports.

Personally, I think that it is a great idea to turn opening day into a national holiday. Considering the massive significance baseball has had on American history. I am a little surprised that it has not already happened.

This holiday could prove to be a great day of hope, fun, unity and new beginnings for millions of Americans. Whether it is officially instated or not, children and adults alike will never stop flooding to stadiums and their TV screens to enjoy the start of spring and a new season of America’s favorite past time.

I just don’t see a reason why people should continue to have to call in sick to work or play hooky from school in order to observe a personal and national tradition.

I do see the problem of scheduling with only certain teams playing on the official opening day and even some regular season games occurring before opening day, but that is an obstacle easily overcome.

First off, everyone can just deal with it and decide on one game to be the official opening day game. That would be the simplest.

Every team could play on opening day. While that would obviously be a little more of a hassle, it would make no drastic changes to the season and still provide us with a nationwide holiday.

Whether you are for or against it, I think that it would be hard to argue with an extra day off of work or school dedicated to watching the game or doing any other springtime activities that you love. 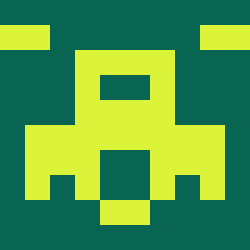 Troy Fitzpatrick
I'll do this some other time...